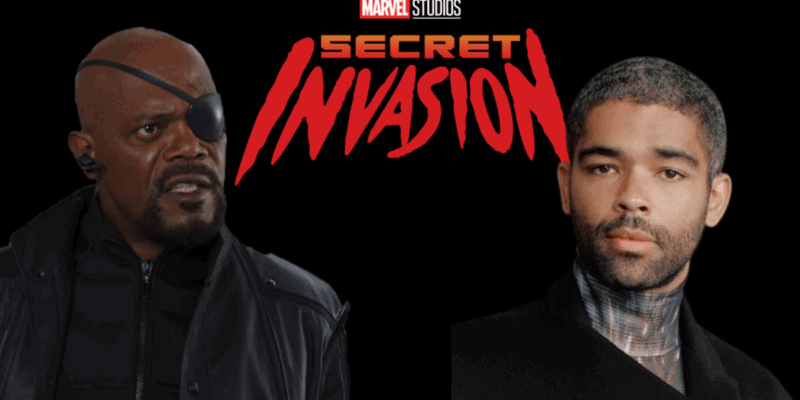 Disney+ is quickly becoming a powerhouse for Marvel’s streaming properties. WandaVision just ended and Falcon and the Winter Soldier is set to premiere this Friday, March 19.  Secret Invasion may be over a year out, but the buzz is already building.

Disney has more television series planned for Phase 4 of the Marvel Cinematic Universe, including Loki (May 2021), Hawkeye (Fall 2021), Armor Wars, and Secret Invasion. There’s so much content on the way, in fact, that Kevin Feige has suggested you will probably need to sign up for the streaming service to keep up with MCU.

Secret Invasion will follow a comic book arc of the same name. In Marvel Comics, Skrulls are a race of shape-shifting aliens who infiltrated Earth by impersonating many of Earth’s mightiest heroes. They were led by Empress Veranke. The Skrulls debuted in the MCU in Captain Marvel (2019) and will be making a return in the Disney+ exclusive Secret Invasion series.

Related: Marvel Writer Claims To Be “Disappointment to the Fandom”

In Captain Marvel, Ben Mendelsohn played the refugee Skrull Talos. He teamed up with Captain Marvel (Brie Larson) and SHIELD Direct Nick Fury (Samuel L. Jackson) to retrieve the tesseract before it fell into the hands of the Kree, who were hunting the Skrulls.

Both Jackson and Mendelsohn are confirmed to be returning for Marvel’s Secret Invasion. The show will adapt the comic book event with an added twist — the Skrulls who will be coming to impersonate the Mighty Avengers will be a separate faction from the ones seen in Captain Marvel.

There have been many casting rumors that have suggested that some Agents of SHIELD actors might also return in the series, but none of those reports have been confirmed. Rumors have also hinted that Marvel fans might see another Young Avenger, the Hulkling, show up. This is due to the fact that a number of Young Avengers are set to appear in other Phase 4 shows and films. Even Abigail Brand, the SWORD director from the comics who was notably absent in WandaVision, may find her way into the MCU.

Now, Variety has reported that the Secret Invasion series has cast One Night in Miami star Kingsley Ben-Adir in a currently unnamed main villain role. Ben-Adir played Malcolm X in the Oscar-nominated film and is also known for his work on Netflix’s The OA and High Fidelity on Hulu. He is a talented addition to the Marvel Universe.

Who Could Ben-Adir Be in Secret Invasion?

In Secret Invasion, fans will never know who they can and cannot trust. Anyone could be a Skrull. Feige previously told Collider that the series will focus on this sense of paranoia:

“We’re interested in the political paranoia aspect of Secret Invasion and really showcasing the stars […] That’s the sort of primary focus of that and, of course, it will tie into other things and the Skrulls in ways you haven’t seen before, but yes, anything could be anything.”

Kingsley Ben-Adir could really be playing anyone. Most of the villains in the comic book event Secret Invasion were unnamed Skrulls that were posing as Avengers like Iron Man or Captain America. The invasion was led by the Skrull Empress Veranke, a role most likely not to be filled by Ben-Adir.

The Empress of the shape shifting Skrulls posed as Spider-Woman in the comics, but her rights are a little complicated. Currently, Sony has the trademark, but both studios share the film rights but not as part of the Spider-Man deal. Also, Deadline reported back in August that Sony might be producing a Spider-Woman film starring Olivia Wilde, but it was unconfirmed. If Jessica Drew were to show up in Secret Invasion, it is unclear that Marvel could use her name or image in any promotional material.

Perhaps Veranke could be retconned to a male role for Ben-Adir, as she was the lead villain of the comic book Secret Invasion storyline. Although the number of episodes for Secret Invasion is unconfirmed, it will most likely be somewhere around the nine-episode mark from WandaVision. With that length, there is more than enough room to add a second villain.

One of the key players in the Secret Invasion comic series is Norman Osborn. Though the Green Goblin was acting as a hero at the time, he is normally a villain. Perhaps this what Marvel has cast Ben-Adir as a villain from Earth, like Osborn, instead of another shape shifting Skrull.

The question is not just which Skrull could Ben-Adir be, but which of our new Avengers could that Skrull pretending to be in Secret Invasion?

Let us know in the comments below what Marvel character you think could end up being Skrulls in Secret Invasion. It could be anyone…