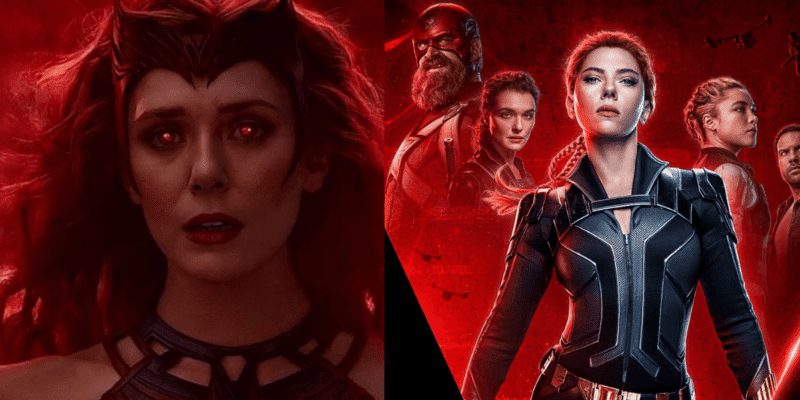 Marvel’s first exclusive Disney + series, WandaVision, has come and gone. The MCU is finally back after taking a break during 2020 and while Marvel fans are anxiously waiting for Falcon and the Winter Soldier to drop next week they are still processing the final episode of WandaVision.

Reactions have been mixed with some fans disappointed with the end of the TV series. Many theorists had massive expectations for what WandaVision would set up for the future of the Marvel Cinematic Universe.

Would Ultron return inside White Vision’s body? Was Mephisto secretly behind it all? Would Doctor Strange (Benedict Cumberbatch) show up in the final moments to put Westview back to normal? Was Monica Rambeau’s (Teyonah Parris) engineer friend secretly Reed Richards? And would Wanda Maximoff / Scarlet Witch (Elizabeth Olsen) use her chaos magic to create mutants in the MCU?

Related:’Falcon and the Winter Soldier’ Star Compares Show to ‘WandaVision’

It’s always crucial to remember that just because Marvel fans come with ideas about what they will think will happen, that does not mean that WandaVision will give fans exactly what they want. For a show like WandaVision that is built around a central mystery, keeping fans guessing requires that the writers subvert expectations.

Most theories are based on Marvel comic book history the MCU knows how to tease fans with nods and Easter eggs from the comics. At times there can be a thin line between teasing fan expectations outright trolling them. WandaVision struggled with balancing this, especially in the finale.

In a recent interview with Deadline WandaVision and Black Widow writer Jac Schaeffer opened about her experience writing the Marvel series. Notably, she admits that she had a hard time getting into the comics that the show is based on.

“They sent me a bunch of the comics and I looked over them. I’m not a very good comic reader. I have a hard time digesting the storylines and […] I’m a disappointment, perhaps, to the fandom in that way.”

In the same interview, Schaeffer did touch on straying from the comic book origins of WandaVision:

“It would probably be fairly predictable if we told a linear story of, you know, Wanda is upset, and she freaks out, and she creates this false world, and then it’s a sitcom. That didn’t seem interesting to me. It didn’t seem like an interesting watch. It felt a little kind of by the numbers and harder to dig into emotionally.”

The final episode did a lot to give fans closure on the emotional theme of grief that was a crucial aspect of the show. But it also failed to pay a lot of the side storylines that were teased or hinted at. Fan-favorite character Darcy Lewis (Kat Dennings) only had one line in the final episode. And who was the missing person that brought FBI Agent Jimmy Woo (Randall Park) to Westview?

Some of this could be attributed to production issues caused by the pandemic, but Marvel fans were sure to feel scorned when the Luke Skywalker level cameo of Evan Peters amounted to nothing in the end.

One of the comic books Wanda Vision is based on is the classic “House of M”. The show hinted that Quicksilver’s return seemed to signal the introduction of the X-Men in the Marvel Cinematic Universe in a manner similar to their extinction in that story.  Now that Schaeffer admits she may not have read “House of M”, the misdirect comes off less like a tease and more like a troll.

Schaeffer also has a writing credit for the upcoming Black Widow (May 7, 2021) staring Scarlett Johansson as Natasha Romanoff. In a 2019 interview with Inverse about the Marvel movie she said:

“I’m not interested in adhering to comic canon that is discriminatory in any way or that violates my values system.”

Many argue that blaming Schaeffer’s lack of experience with comic books for the lack of theory payoff in WandaVision seems unfair, pointing to the notion that just because the comic book storyline featured Mephisto does not mean he had to appear in the show. For example, Captain America: Civil War (2016) varied strikingly from the comic of the same name.

So, installments of the MCU can vary slightly or even significantly from their comic source material and still be just as entertaining and valuable to fans, depending on the stories they are hoping to see on the big or small screen.

Let us know in the comments below how you feel about Schaeffer’s admission.