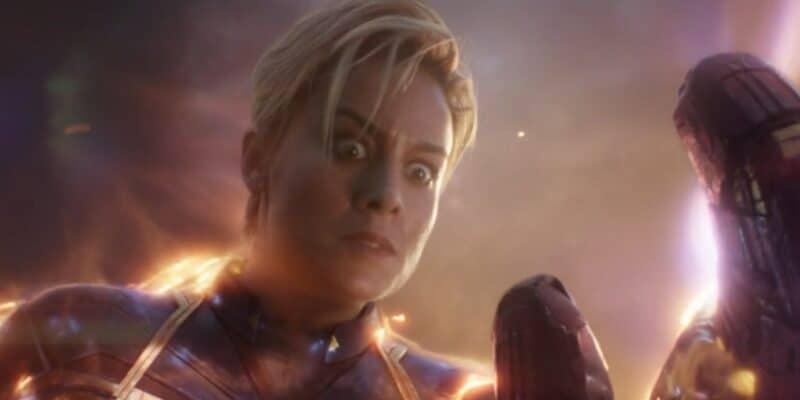 The Marvel Cinematic Universe hasn’t seen anything yet with Phase 5, and the rumored Avengers: Secret War is speculated to be the biggest Marvel movie of all time. Avengers: Infinity War (2018) and Avengers: Endgame (2019) directors Joe and Anthony Russo are all for a fifth installment but skeptical about themselves returning to make it.

The Marvel collection is cracking open with the Multiverse, and Kang the Conqueror (Jonathan Majors) is the franchise’s next big villain.

While Kang doesn’t play a role in the Secret Wars run of Marvel Comics, it’s clear that the new Thanos (Josh Brolin) will lead the entire cast of superheroes into an episodic battle in a fifth Avengers film.

With Captain America: The Winter Soldier (2014), Captain America: Civil War (2016), Avengers: Infinity War (2018), and Avengers: Endgame (2019) under their Marvel belts, the Russo Brothers are very well the most capable and trusted Marvel directors to date.

Without any other directors in mind, every Marvel fan would agree that the Russo’s are the only forces capable of pulling off an Avengers: Secret Wars considering the massive success of Infinity War and Endgame. But, now, in a new interview, the Hollywood duo aren’t so sure about the “massive undertaking”:

“Our love for Marvel is based on the books that we read as kids and the books that we fell in love with. The one series that we adored growing up was Secret Wars. It’s incredibly ambitious, it would be bigger than Infinity War and Endgame, but it’s a massive undertaking. And, you know, those two movies were very hard to make. So, trying to imagine making another two movies even bigger than those two—we’re going to have to sleep on it.”

With the reality of Earth-616 very well ending without the new collection of Avengers, it’s clear that Marvel is assembling their new squad of heroes to take on yet another galactic threat after the loss of Iron Man (Robert Downey, Jr.), Captain America (Chris Evans), Black Widow (Scarlett Johansson), Wanda Maximoff (Elizabeth Olsen), and Vision (Paul Bettany).

Rumors have long suggested that Tobey Maguire and Andrew Garfield could reprise their respective roles of Spider-Man alongside Tom Holland’s web-slinger once more for Secret Wars, with Kamala Khan/Ms. Marvel (Iman Vellani), Kate Bishop (Hailee Steinfeld), She-Hulk (Tatiana Maslany), Captain America (Anthony Mackie), and other new heroes that have been introduced in Phase Four of the MCU to fill in the shoes of Iron Man and more.

While it’s unclear if the Russo Brothers will return to Marvel Studios, fans are ready and set for their next Avengers film:

So, yeah, they should definitely make Secret Wars.

So, yeah, they should definitely make Secret Wars.🤷🏻‍♂️

With the Fantastic Four planned to release in 2023 and Dr. Doom potentially appearing in Black Panther: Wakanda Forever (though reports suggest that his reveal could be later), it’s evident that the foundations of Secret Wars are forming, especially with the revelation that Ms. Marvel is a mutant in the MCU, rather than an Inhuman (which have also been introduced during Phase Four!).

Now, Marvel needs to lock in the Russo Brothers for their next Avengers outing, especially with their Hollywood careers ballooning with the recent release of Netflix’s The Gray Man, starring Chris Evans, Ana De Armas, and Ryan Gosling.

Do you want the Russo’s to direct Secret Wars? Comment below!