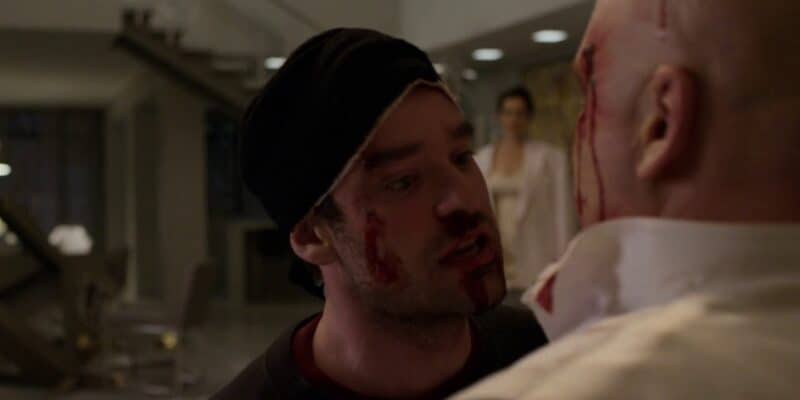 Last year, Disney finally got the rights to Daredevil characters and, ever since then, rumors have abounded that Cox’s versions of attorney Murdock is set to make an epic return in Kevin Feige’s Marvel Cinematic Universe — fans were even convinced that the lawyer’s forearms in the Spider-Man: No Way Home trailer were Cox’s, though the actor has denied this.

While the Daredevil cast’s MCU future hasn’t been officially confirmed by Marvel Studios, it does feel like an inevitability. But, just because Cox, D’Onofrio, and Co. aren’t part of the Marvel Cinematic Universe yet, they certainly haven’t been left behind in the world of Marvel Comics.

As a matter of fact, on the heels of the cancelation of Marvel’s “Daredevil” comic series, the company has announced a new series starring Kingpin — and they’ve declared that it will put the “entire Marvel Universe in danger”.

Per the official preview of “A Marvel Event: Devil’s Reign”:

Beginning next month, Mayor Wilson Fisk will have all of Marvel’s heroes in his deadly grip in DEVIL’S REIGN, an upcoming Marvel Comics crossover event spinning out of writer Chip Zdarsky and artist Marco Checchetto’s Eisner-nominated run on DAREDEVIL! The all-star creators will bring their superb talents for high-stakes storytelling to the greater Marvel Universe in this far-reaching saga that sees Kingpin embark on a vicious quest to rid the world of every last Super Hero. The story continues in February along with exciting new tie-ins, limited series, and one-shots!

The six-issue series will feature a number of iconic Marvel characters, including Spider-Man, the Incredible Hulk, Captain America, Wolverine, and Moon Knight.

While fans await “Devil’s Reign”, they can enjoy Spider-Man: No Way Home on December 17, 2021. Although Cox’s potential cameo remains unconfirmed, many fan-favorites, including Spider-Man/Peter Parker (Tom Holland) and Doctor Stephen Strange (Benedict Cumberbatch) will be back for the conclusion of the MCU’s Spider-Man trilogy.

Will you be reading “Devil’s Reign”?