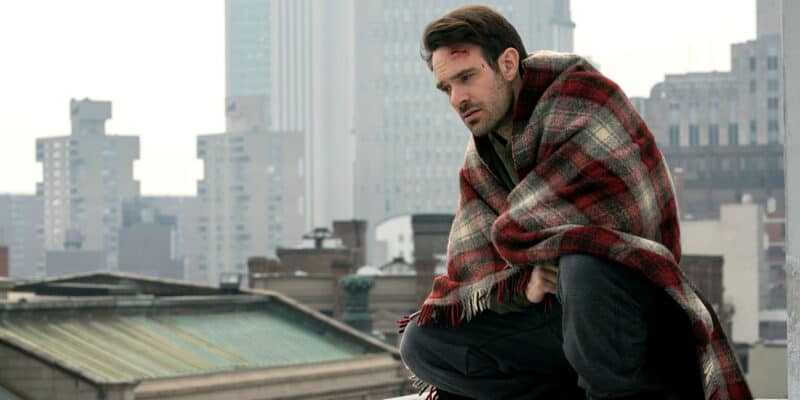 Ever since Netflix’s Daredevil series, based on the popular Marvel Comics character Matt Murdock/Daredevil, was canceled in 2018, Marvel fans have been clamoring for more of actor Charlie Cox and the rest of the cast.

Some viewers are convinced they saw Murdock in the long-awaited first trailer for Spider-Man: No Way Home (2021), but Cox himself has responded.

The actor stated, “I can promise you those are not my forearms,” but did not go so far as to outright deny a No Way Home cameo.

However, now it seems that Daredevil fans may have much more than a single movie cameo to look forward to. One new rumor indicates that much of the original series’ cast — including Cox, Vincent D’Onofrio (Kingpin), Deborah Ann Woll (Karen Page), and Elden Henson (Foggy Nelson) — will reportedly be back in the MCU’s upcoming Echo series starring Alaqua Cox [pictured below].

…the show may feel like Daredevil Season 4 because of it [the appearance of Daredevil characters in core roles], but clarifies, saying: “to be clear, this is still very much Echo’s show,” and that “Echo is still the lead and it’s her show.”

At this time, the reports of Daredevil actors making their way to Kevin Feige’s Marvel Cinematic Universe remain unconfirmed by The Walt Disney Company or Marvel Studios.

For now, you can catch up on all three seasons of Daredevil on Netflix. The show is summarized as:

In addition to Tom Holland (Peter Parker/Spider-Man) and Benedict Cumberbatch (Doctor Stephen Strange), No Way Home will star Zendaya reprising her role as MJ. Andrew Garfield and Tobey Maguire are also expected to return as their respective versions of Spider-Man, though Garfield has adamantly denied these claims.

What do you think? Is Charlie Cox about to make an MCU appearance?