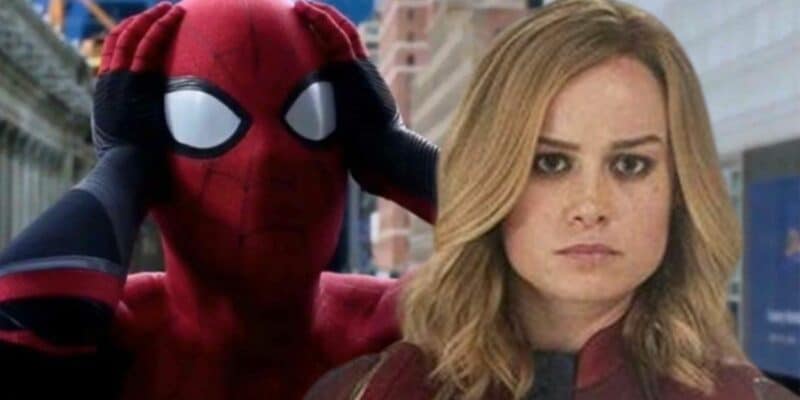 Marvel Comics have been around for over 80 years and in that time they have introduced innumerable superheroes and villains. From Tony Stark AKA Iron Man and Steve Rogers AKA Captain America to Peter Parker AKA Spider-Man and Carol Danvers AKA Captain Marvel — they are names that we all know.

Even those who are supposed to be on the same side have found themselves at odds. It can become as calamitous as Civil War or as trivial as the dispute brought to light in 2010’s The New Avengers #3 by Brian Michael Bendis in which Carol Danvers, who was still going by Ms. Marvel at the time, revealed a secret that shocked her team.

Carol Danvers told Spider-Man, and recent new addition to the team Ben Grimm AKA The Thing from The Fantastic Four, that she had never seen the blockbuster hit The Ghostbusters (1984). The seminal action-comedy hit starred Bill Murray as Dr. Peter Venkman, Dan Aykroyd as Ray Stantz, Harold Ramis as Ego Spengler, Ernie Hudson as Winston Zeddermore, and Sigourney Weaver as Dana Barret.

During a battle against some “ghosts,” Peter Parker is shocked to learn Carol Danvers has been “too busy” to have ever seen it. Ben Grimm is even more alarmed, declaring “I can’t even talk to you right now. That is so upsetting.”

The gap in Captain Marvel’s pop culture repertoire is probably even bigger in the Marvel Cinematic Universe. In Captain Marvel (2019) starring Brie Larson, Carol lost all of her memories and has spent much of her time far away from Earth defending planets that do not have the Avengers to save them. She was kidnapped by the main villain Kree warrior Yon-Rogg (Jude Law) and went on to rescue the Skrull refugees, vowing to help them find a new home. She did not return to Earth again until the post credit scene of Avengers: Infinity War (2018).

Peter Parker is known for his pop culture references – something that has been carried over to his MCU counterpart played by Tom Holland – “Hey guys, you ever see that really old movie, Empire Strikes Back?” from Captain America: Civil War (2016).

He definitely feels comfortable ribbing Carol for her lack of pulp culture knowledge. They’ve been close friends for years following the failure of what might be the most awkward first date in Marvel Comics history in 2009’s Ms. Marvel #47 by Brian Reed.

More recently in Captain Marvel #27 by Kelly Thompson, while Carol is rebounding from her bad breakup with Rhodey AKA War Machine she goes on speed dates that included Spider-Man, Namor and Doctor Strange – whom she continued to date for some time.

Marvel Studios will most like spare Avenger fans this awkward moment as there is a significant age difference between Tom Holland’s character and that of Brie Larson’s Carol Danvers. Though there were rumors that he might develop a crush on her by the time that the Captain Marvel sequel The Marvels hits theaters on November 11, 2022.

Hopefully Spider-Man’s new magical upgrades in Spider-Man: No Way Home (December 17, 2021) go over better than Captain Marvel’s. She recently learned some magic against Doctor Strange’s wishes in Captain Marvel #28 and it caused a huge backlash from the Marvel Comics magic community.

Spider-Man fought on Captain Marvel’s side in 2016’s Civil War II by Brian Michael Bendis and she even let him take the lead in this year’s Avengers: Mech Strike #2 by Jed Mackay. Carol even made her first appearance as Captain Marvel in Avenging Spider-Man #9 by Joe Madureira.

It’s safe to say their friendship can withstand this blow. But she should definitely leave the pop-culture references to him.

Comment what other pop culture moments you think Captain Marvel missed during her time in space.