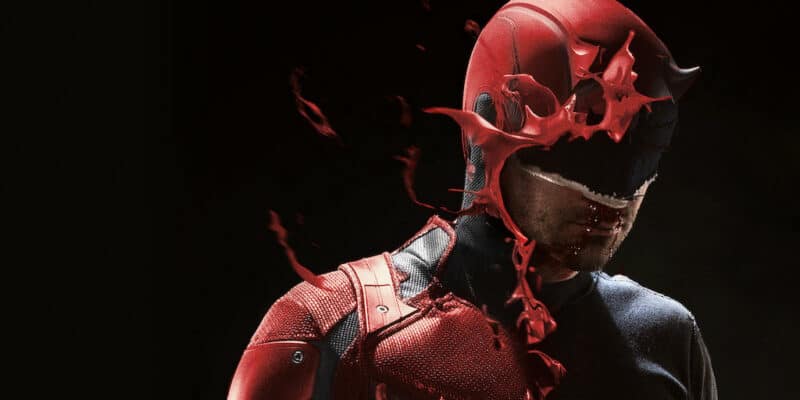 There was a Netflix Daredevil series — it ran for three seasons — starring Charlie Cox as Matt Murdock. And, there has been call for the MCU to bring the character to life ever since Netflix’s rights to Daredevil ended last year.

Now, however, there will be fewer Daredevil stories for Feige (or anyone else) to draw on in the future, as Marvel Comics has announced the official end of the Daredevil series.

Per an announcement about the end of the series:

The issue sees Wilson Fisk, the Kingpin of Crime, and Typhoid Mary getting married. But of course, no Marvel Comics wedding goes down as planned. Zdarsky is joined by Manuel Garcia on this final issue of the series. Plus, there’s also the small matter of deciding who will carry the Daredevil mantle going forward, Matt Murdock or Elektra Natchios.

Per Marvel Comics, “Over the last two years, superstar writer Chip Zdarsky has teamed up with artists such as Marco Checchetto, Manuel Garcia, and more to make DAREDEVIL one of the hottest books on the stands! Throughout his groundbreaking work on the character, Zdarsky has delivered the most surprising era of Daredevil yet, including fascinating developments like Matt Murdock’s imprisonment, Kingpin and Typhoid Mary’s dangerous new relationship, and of course, Elektra taking over the mantle of Daredevil. And after 36 hard-hitting issues, Daredevil’s legacy as the protector of Hell’s Kitchen will never be the same. This November, Zdarsky’s legendary run will reach its climax in an explosive final issue, but his acclaimed Daredevil saga is far from over…”

It is important to note that the end of this particular project doesn’t mean Daredevil will be absent from all future Marvel comic books — there just won’t be any additional issues of this specific series.

For now, until we see if the rumors of Charlie Cox appearing in the MCU as part of the Marvel Multiverse in Spider-Man: No Way Home (2021) are true, you can catch up on all three seasons of Netflix’s Daredevil, which is summarized as:

Are you hoping to see Daredevil’s MCU debut soon? Did you enjoy the “Daredevil” series?