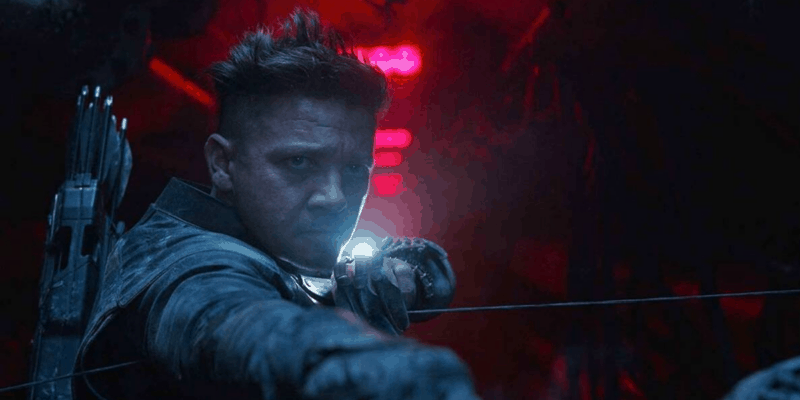 Jeremy Renner is an Academy Award-nominated actor beloved by Marvel fans for his portrayal of Clint Barton in the Avengers movies. Renner has appeared in 5 Marvel Cinematic Universe films and voiced Hawkeye in Marvel’s What If…?. Despite his status as a card-carrying Avenger, Hawkeye is often derided for being outclassed by the rest of the Avengers for not having the speed, strength, stamina, or powers of one of the big ones — like Captain America (Steve Rogers), Iron Man (Robert Downey Jr.), Hulk (Mark Ruffalo), or Thor (Chris Hemsworth).

However, a detail from the Hawkeye trailer has given new life to a fan theory that Clint Barton actually conceals a hidden superpower — one that makes Hawkeye the deadliest Avenger of all.

Related: Who is Kate Bishop in Marvel’s ‘Hawkeye’ Series?

Why does Hawkeye have such good aim?

Often singled out as the weakest Avenger, Jeremey Renner’s Hawkeye is regarded as little more than a regular human with a quiver of trick arrows. Despite this perception, the S.H.I.E.L.D. agent has held his own as one of Earth’s Mightiest Heroes against the Universe’s biggest threats.

When considering some of the incredible feats Clint Barton has been able to pull off in the Marvel Cinematic Universe, there may be more to the archer than meets the eye. Able to explode a Chitahuri ship without looking, fire multiple arrows at once to take out Ultron drones, and headshot moving targets with ease, Hawkeye has exhibited an uncanny ability to hit whatever he wants, however he wants.

Some Marvel fans believe it’s possible that Barton is hiding a devastating superpower in order to gain an advantage over opponents and to keep greater control of his family life.

One Marvel fan theory that made the rounds a few years ago has resurfaced following the release of the Hawkeye trailer. The fan theory goes that Clint Barton’s flawless accuracy as a marksman goes beyond what any human is capable of doing. Therefore, there must be something else going on aside from Clint Barton’s archery training and peak physical condition — namely, a hidden superpower resulting in superb accuracy. Marvel Studios’ Hawkeye series could plausibly explain how Barton’s aim is so on the money.

Does Hawkeye have superpowers?

A popular Reddit post by Redditor Tongan_Ninja theorizes that Clint Barton possesses a form of telekinesis that enables him to guide his arrows — or any projectile he chooses — to reach his desired target perfectly. The post says, in part,

“We’ve all seen Clint Barton pull off spectacular feats with his bow and arrows. Hitting fast moving targets, shooting multiple arrows at once and hitting, shooting a SHIELD usb plug from across the room, no-scoping a Chitahuri chariot… [he’s] talented, but only human.

However, if extraordinary marksmanship is his talent, why does he use a bow?. …why would he choose an obsolete form of weaponry?

Telekinesis. It’s a known talent in the MCU, and it’s what lets him guide his arrows to their exact target. Bullets are too small and fast for him to control, but arrows are slow enough and large enough for him to accurately maneuver exactly and hit his target every time. Maybe he’s aware of it, or maybe it’s subliminal, but it’s not a normal humans power, it’s a superpower.”

[MCU] Hawkeye does have superpowers from FanTheories

What are Hawkeye’s skills and abilities?

Hawkeye’s history in Marvel Comics credits his unique abilities with a bow and arrow to his upbringing as part of a traveling carnival. Clint Barton ran away from an orphanage to join the traveling show and studied under fellow performers — and later revealed as comic book bad guys — Swordsman and Trick Shot. It was during this formative time that Barton developed into a master marksman. As Barton aged, he used his peerless accuracy and skill as an archer to join the Avengers.

However, super accuracy or telekinesis may not be Hawkeye’s only superpower. A theory from ScreenRant posits that Barton possesses a superhuman level of spatial awareness — explaining not only his ability as an archer, but his success as a pilot, and skill with literally any projectile.

This theory compares Hawkeye’s spatial awareness to Daredevil’s radar-style super senses. Indeed, the comparison to Daredevil is even more intriguing when considering that in the comics, Hawkeye has been depicted as being deaf for many years. Could his loss of hearing — much like Daredevil’s loss of sight — have enhanced his innate abilities for super accuracy?

Keen-eyed Marvel fans noticed that this hearing loss for the Clint Barton character appears to have been Marvel Cinematic Universe canon. Per the Hawkeye trailer, Barton is seen wearing hearing aids in the series.

How did Clint Barton become deaf?

In the comics, the origins of Clint Barton’s hearing loss has been depicted a few different ways. Originally, way back in the early 1980s, Hawkeye’s eardrums were blown out by a sonic arrow. When that detail was retconned in future storylines, it was revisited when Hawkeye villain the Clown jammed arrows into both of Barton’s ears causing severe hearing loss. This resulted in Barton learning sign language and eventually using hearing aids developed by Tony Stark.

Whether or not Barton’s loss of hearing assisted in enhancing his ability to be superhumanly accurate is not clear. However, the Hawkeye series offers audiences a chance to learn more about Barton’s abilities and history than ever before.

Related: ‘Hawkeye’ Is the Most Anticipated Marvel Movie or Series, According to Twitter

The upcoming Hawkeye — officially given a release date of November 24 — gives the oft-forgotten Avenger the spotlight with 6 episodes of the eagerly anticipated Disney+ series. Even with films in the pipeline like Spider-Man: No Way Home (2021) — featuring the web-slinging, wall-crawling Spidey (Tom Holland) and his radioactive superpowers — and Doctor Strange in the Multiverse of Madness (2022) — set to feature the reality-bending, Marvel universe-altering powers of Doctor Strange (Benedict Cumberbatch) and Scarlet Witch (Elizabeth Olsen) — Hawekeye is still rated as the most anticipated project in the MCU by fans.

Jeremy Renner has portrayed Clint Barton AKA Hawkeye in Thor (2011), The Avengers (2012), The Avengers: Age of Ultron (2015), Captain America: Civil War (2016), Avengers: Endgame (2019). In the  Hawkeye series — set against the backdrop of New York City at Christmas — Clint Barton (Jeremy Renner) confronts his past as Ronin, opposite an aspiring hero and admirer of the Hawkeye mantle, Kate Bishop (Hailee Steinfeld).

Alaqua Cox will co-star as vigilante Echo in the series. Florence Pugh’s Yelena Belova, introduced in Black Widow (2021), is confirmed to appear in the Hawkeye series as well. The ensemble also includes Vera Farmiga, Fra Free, and Tony Dalton.

Hawkeye will be the fifth MCU series to stream on Disney Plus, joining the likes of critically acclaimed fan-favorites as WandaVision, The Falcon and The Winter Soldier, Loki, and the animated series What If…?.

Do you think Hawkeye has superpowers? Let us know in the comments!