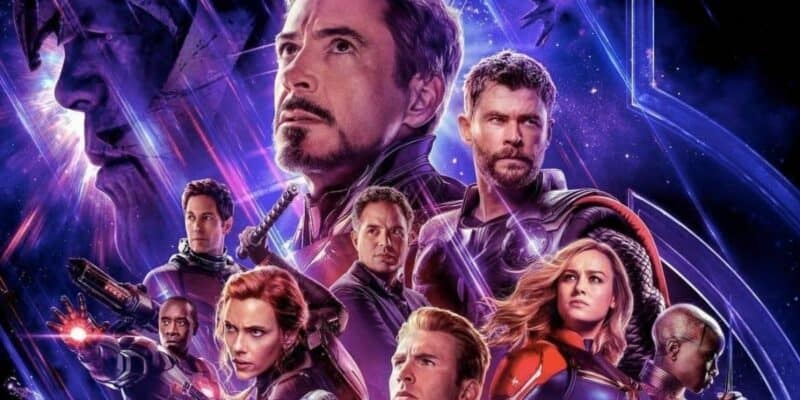 The future of Marvel’s Avengers is in the Multiverse. Fans of the Marvel Cinematic Universe are relishing the endless possibilities of the Multiverse, unleashed during the events of MCU series Loki. With the Multiverse-wide chaos sure to heighten in Spider-Man: No Way Home (2021) and Doctor Strange in the Multiverse of Madness (2022), the House of Ideas is seeding some amazing storylines in the pages of Marvel Comics.

In Marvel’s Loki, Sylvie (Sophia Di Martino) dispatched the Kang the Conqueror variant (Jonathan Majors) holding the Sacred Timeline together and sent Loki (Tom Hiddleston) packing to an alternate timeline TVA HQ. Meanwhile, in the first trailer for Spider-Man: No Way Home (2021), Spider-Man (Tom Holland) distracts Doctor Strange (Benedict Cumberbatch) from threading the needle with the fabric of reality — causing him to botch a pretty important spell that will send the timeline reeling.

The newly announced projects include many notable characters that appear to signal the direction the Marvel Cinematic Universe is headed. With titles that will feature exciting characters like Daredevil, Fantastic Four, Kang the Conqueror, Wolverine, and She-Hulk — one title in particular will focus on what’s next for the Avengers. In a shuffled roster that includes an Tony Stark variant with an Ant-Man suit instead of an Iron Man one, the series titled Avengers Forever will reframe the super hero squad as masters of the Multiverse.

Marvel described the series from Jason Aaron and Aaron Kuder in the official series synopsis from the solicitation text:

“Marvel Comics’ Avengers Forever pulls together archeologist Tony Stark, AKA the Invincible Ant-Man, and Avengers from across the multiverse to bring order to timelines where ‘hope’ is a four letter word. Jason Aaron and Aaron Kuder present an all-new series that will redefine the Avengers as…the Multiverse’s Mightiest Heroes.”

Marvel’s official synopsis is as follows:

“The future of the Marvel Universe is here, and Timeless is where it all begins. When a threatening new timeline emerges, Kang the Conqueror must fight his way through the coming year to protect the main 616 timeline he’s worked centuries to solidify as his own. Jed MacKay, Kev Walker, Joe Bennett, Mark Bagley, and more provide a first look at what’s coming to the Marvel Universe in 2022 in a story that will prove…the Future is Timeless.”

Avengers 5 and the future of the MCU

When the struggle against Thanos (Josh Brolin) and his Infinity Gauntlet in Avengers: Infinity War (2018) and Avengers: Endgame (2019) ultimately brought an end to the Infinity Saga, it also turned the page on the Avengers’ status quo.

Marvel Studios president Kevin Feige has said that Avengers 5 is “already underway,” but that it will undoubtedly feature an Avengers team unlike any we’ve seen before — and that will take some time. Speaking to Collider, Feige shared that the wheels are in motion for Avengers 5, but that Marvel fans should be patient, explaining,

Marvel’s Phase 4 is setting up the next iteration of the Avengers with a number of new faces or identities that may include the new Captain America, Sam Wilson (Anthony Mackie), kung fu master Shang-Chi (Simu Liu), the shape-shifting Ms. Marvel (Iman Vellani), a new Black Panther, and an Iron Man suited hero, Ironheart.

As Doctor Strange, Wanda Maximoff, and Loki continue to play in the Multiverse sandbox anything is possible in the Marvel Cinematic Universe. With Marvel Comics latest announcement of upcoming tentpole titles, the synergy between the comics and Marvel’s upcoming feature and streaming series projects is apparent. Marvel Studios has 3 films scheduled for release for the in 2021 — Shang-Chi and the Legend of the Ten Rings (September 3), Eternals (November 5), and Spider-Man: No Way Home (December 17). In 2022 Marvel Studios will release 4 features — Doctor Strange in the Multiverse of Madness (March 25), Thor: Love and Thunder (May 6), Black Panther: Wakanda Forever (July 8), and Captain Marvel sequel, The Marvels (November 11).

Disney+ series due out this year for Marvel include Hawkeye, Ms. Marvel, with Moon Knight, and She-Hulk set to follow in 2022.

Who should lead the Earth’s Mightiest Heroes in Avengers 5? Let us know in the comments!