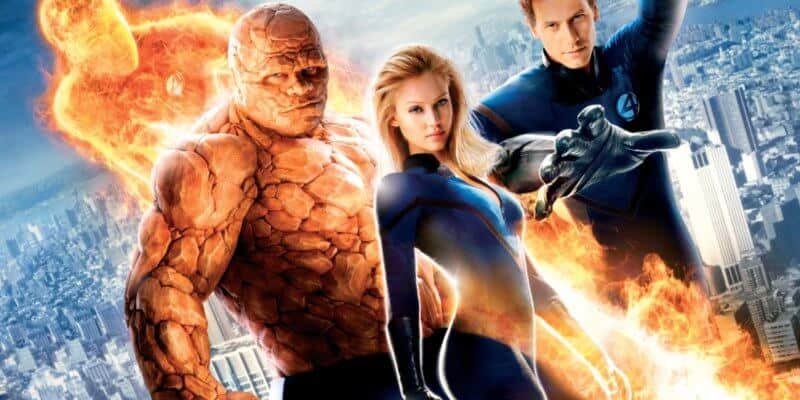 Actor and popular part-time wrestler, John Cena, has responded to questions over whether he would be open to playing a character in the upcoming Fantastic Four reboot in Kevin Feige’s Marvel Cinematic Universe.

Cena, who most recently starred as Peacemaker in James Gunn’s The Suicide Squad (2021) and in Clay Tarver’s Vacation Friends (2021), gave an interesting answer when considering an article that stated he would be “perfect” for one of the key roles in the new iteration of Marvel’s First Family.

Marvel’s Fantastic Four reboot was announced two years ago in 2019. The reveal came in the wake of The Walt Disney Company’s acquisition of 20th Century Fox, now 20th Century Studios, who originally held the rights to the popular Marvel Comics characters created by Jack Kirby and Stan Lee. It is not yet known when the MCU’s Fantastic Four movie will debut but its inclusion at the end of a recent sizzle reel suggests it will release as part of Marvel’s Phase 4.

Feige’s Fantastic Four will be yet another cinematic outing for the superhero squad following Fantastic Four (2005), its sequel, Fantastic Four: Rise of the Silver Surfer (2007), and 2015’s box-office flop, Fantastic Four (2015). There have been many rumors over who will play the characters that make up the titular team with fan casts circulating shortly after Marvel’s announcement but as of yet, nothing has been disclosed regarding the Marvel movie.

That being said, director Jon Watts is set to helm the movie. The Spider-Man: Homecoming (2017), Spider-Man: Far From Home (2019), and Spider-Man: No Way Home (2021) director is sure to bring his cinematic wit and charm to the new MCU-centric Fantastic Four.

Out of those casting rumors, John Krasinski (A Quiet Place) and Emily Blunt (Jungle Cruise) have been heavily tied to the parts of Reed Richards AKA Mister Fantastic, and Susan Storm AKA Invisible Woman, respectively. However, neither have confirmed any involvement with Blunt even stating why she isn’t up for entering a superhero universe.

Fans rumored actors like KJ Apa (Riverdale) and Zac Efron (The Greatest Showman) could take on the role of Johnny Storm AKA Human Torch — the MCU’s Captain America, Chris Evans, originated the role in Fox’s outing.

And then there’s Thing. Michael Chiklis (Spirited Away) starred as Ben Grimm in 2005’s movie, with Jamie Bell (Rocketman) playing the character ten years later. A recent article proposed that John Cena would be perfect in the role for the Marvel studio and now the actor himself has weighed in.

Speaking in an Esquire “Explain This” video, Cena answers questions regarding comical and intriguing things happening on the internet. Nestled in the center of the video was the aforementioned article regarding the upcoming MCU film, the title of which reads: “John Cena Would Be Perfect as the Thing in Marvel’s Fantastic Four Reboot”.

Cena had this to say:

“I would consider most any-thing. I think keeping yourself open to options and different perspectives is a good way to go about life. This would simply be a thing that I would consider, because I like to keep my perspective open to new things.”

Cena rather interestingly emphasized the word “thing” in every part of his answer. Of course, this could mean absolutely nothing, or it could mean that Cena has already had talks with Marvel Studios in relation to the upcoming movie. Only time will tell with the MCU’s Fantastic Four casting but rumors are sure to ramp up as Marvel’s Phase 4 continues. No mention yet of whether long-time villain Victor von Doom will turn up either.

In fact, Cena shared a caption-less photo of a Funko Pop Thing figure back in May on Instagram…take from that what you will.

You can watch the interview here:

With the Multiverse now well and truly open, thanks to Loki, movies like Spider-Man: No Way Home, Doctor Strange in the Multiverse of Madness (2022), or even Black Panther: Wakanda Forever (2022) could pave the way for the heroes — and villains like Doctor Doom, Silver Surfer, and Galactus — to enter the current Marvel Universe.

More on the Fantastic Four

Marvel describes their First Family in an official summary:

Reed Richards, Ben Grimm, Susan Storm, and her brother, Johnny Storm, were forever changed during an experimental space flight that exposed them to cosmic rays, which gave them super human powers and abilities. In the aftermath of their incredible journey, the four pledged to stay together as a team. They quickly became media sensations, and their celebrity status only grew as they explored the uncharted regions of the universe and confronted evil wherever they found it.

What do you think of John Cena starring as Thing in MCU’s Fantastic Four? Let us know in the comments!