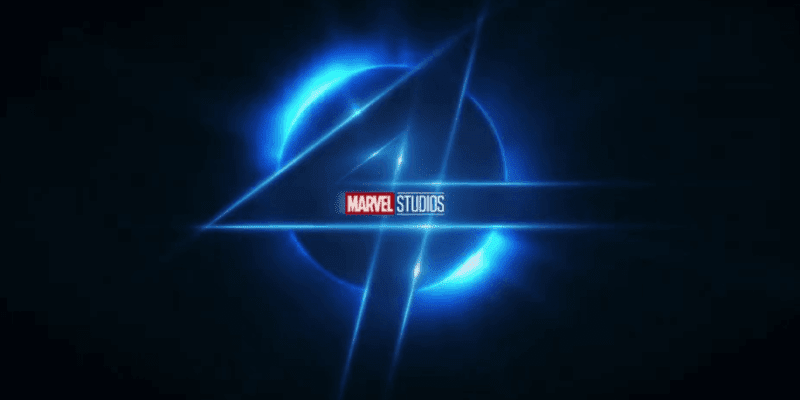 Since Disney acquired Fox Studios along with the extensive library of 20th Century Fox properties, Marvel fans have been speculating when and how the Fantastic Four would enter the Marvel Cinematic Universe. Here, we dive into everything we know about the MCU’s Fantastic Four reboot.

Rampant speculation surrounding a Marvel Studios Fantastic Four film has Marvel fans the world over fan-casting their top choices for a new Mister Fantastic, Invisible Woman, Human Torch, The Thing, and Doctor Doom. Let’s sort through what we know for sure, what we don’t know yet, and all the most popular rumors and fan theories about Marvel’s Fantastic Four.

Most Marvel fans are familiar with the ubiquitous Fantastic Four rumors that involve the casting of John Krasinski as Reed Richards, Mister Fantastic, along with Krasinski’s real-life spouse and A Quiet Place co-star Emily Blunt as Sue Storm, the Invisible Woman. While tipsters swear up and down that John Krasinski and Emily Blunt are shoe-ins for the Fantastic Four reboot leads, information has been conflicting and vague at best. Details about who could take on the roles of Johnny Storm — the Human Torch — or Ben Grimm — The Thing  — have been even less consistent.

Emily Blunt was nearly a part of the Marvel Cinematic Universe earlier in her career. She was originally offered the role of Natasha Romanoff for Iron Man 2 (2012) but had to turn down the role due to other commitments at the time. The role of founding Avenger Black Widow, of course, went to Scarlett Johansson and the rest is Marvel Cinematic history. Scarlett Johannson appeared in Iron Man 2 and went on to play Black Widow throughout the entirety of the Infinity Saga, before meeting her demise in Avengers: Endgame (2019). Black Widow, the character’s first solo film, will debut on July 9, 2021.

John Krasinski also had an early-career encounter with Marvel Studios, as he auditioned for Captain America: The First Avenger (2011) for the titular role before it was offered to the eventual Captain America, Chris Evans.

While John Krasinski says he’s interested in playing Mister Fantastic but hasn’t necessarily been approached  — and Emily Blunt has flat out said she doesn’t like superhero movies — casting rumors regarding their involvement in the MCU’s Fantastic Four continue to persist.

Related: John Krasinski is a Big Yes For ‘Fantastic Four’

When the Marvel Cinematic Universe Phase 4 sizzle reel dropped, it revealed tons of thrilling new MCU details. It featured footage from the newest upcoming MCU offerings — Marvel’s Eternals (2021), Black Widow (2021), and Shang-Chi and the Legend of the Ten Rings (2021) — as well as the official titles for Black Panther and Captain Marvel sequels. The Marvel Studios trailer — which tallied more than 12 million views as of this writing on Marvel’s YouTube channel — ended with the new logo of Marvel Studios’ Fantastic Four.

While the Fantastic Four logo’s appearance in “Celebrate the Movies” was unaccompanied by any additional detail, it’s brought excitement about the Marvel Studios Fantastic Four reboot to a fever pitch.

Who are the Fantastic Four?

The Fantastic Four is an iconic superhero team that first appeared in the pages of Marvel Comics in 1961. They are often referred to as Marvel’s first family, as the Fantastic Four hold the distinction of being the very first super-team created by Marvel legends Jack Kirby and Stan Lee. Fantastic Four comics were unlike any of their superhero contemporaries — eschewing the conventional good vs. evil archetypes of the era. The Fantastic Four behaved as an imperfect family — albeit a superpowered one — with real problems and relatable problems hang-ups.

On a mission to outer space, the four members of the scientific expedition are exposed to cosmic rays, granting them incredible superpowers.

What are the most reliable projections about the Fantastic Four cast?

While John Krasinski is reportedly at the top of Marvel’s list for the role of Mister Fantastic, Reed Richards, other names that have been rumored include:

Emily Blunt is still considered to be Marvel’s number one choice for Invisible Woman, Sue Storm, but other actresses in the conversation for the Fantastic Four movie include:

Dacre Montgomery of Stranger Things is rumored to be considered first in line for the role of Johnny Storm / Human Torch at this point. Zac Effron (The Greatest Showman, Baywatch) and Riz Ahmed (Sound of Metal) are also said to be on the shortlist. According to unconfirmed reports, actors Jonah Hill and Seth Rogen are each said to be up for Ben Grimm / The Thing, in a film role rumored to most likely be filled by a comedic actor.

The confirmed details we know about the Marvel Cinematic Universe adaptation come directly from Marvel Studios. Marvel boss Kevin Feige first teased the idea of a Marvel Studios Fantastic Four at San Diego Comic-Con in 2019, but the studio could not actively develop until all of the contracts with Fox Studios were official. During Disney Investor Day 2020, Kevin Feige officially announced that a Fantastic Four reboot was on the way.

Jon Watts, helmer of the Tom Holland Spider-Man movies from Sony Pictures and Marvel Studios — Spider-Man: Homecoming (2017), Spider-Man: Far From Home (2019), and the upcoming Spider-Man: No Way Home (2021) — has been announced as the director of Marvel’s Fantastic Four. Jon Watts seems to be a perfect fit for the job. With Spider-Man, Watts took a Marvel Comics property that had been declining in popularity at another studio and successfully integrated a fresh take into the Marvel Cinematic Universe.  Sounds like he’s got a translatable skillset for establishing Fantastic Four as another signature Marvel Studios property, reviving a diminished franchise.

How will Fantastic Four fit into the Marvel Cinematic Universe timeline?

The most likely way the Fantastic Four will fit into the Marvel Cinematic Universe timeline is an introduction via the multiverse. Marvel Comics has used the multiverse to great effect for years, and now Marvel fans will get to experience the unlimited possibility of the multiverse in the MCU.

Marvel Studios has been teasing the introduction of the multiverse for some time now. The upcoming Doctor Strange (2016) sequel, Sam Raimi’s Doctor Strange in the Multiverse of Madness (2022) promises to explore the multiverse in a major way, with Doctor Strange (Benedict Cumberbatch) further exploring his time-control powers as Wanda Maximoff (Elizabeth Olsen)furthers her abilities with reality-warping chaos magic. Rumors swirl that Spider-Man: No Way Home (2021) will see the worlds of Sony and Marvel combining in a way that will have major consequences for the rest of the Marvel Cinematic Universe.

The Disney+ series Loki has introduced the mysterious Timekeepers, the Time Variance Authority, and the concept of the Sacred Timeline in the series premiere, “Glorious Purpose.” In a blink-and-you’d-miss-it moment, an exposition montage narrated by Miss Minutes mentions the Sacred Timeline was instituted following a Multiverse War. According to the Loki sequence, the Timekeepers merged all diverging alternate timelines into a single timeline. As audiences are counting on the god of mischief to royally mess with the Sacred Timeline, it’s possible we will begin to see 20th Century Fox properties — like the Fantastic Four and X-Men — introduced via a multiverse re-mix.

Release date for a Fantastic Four movie from Marvel Studios

When is Marvel Studios’ Fantastic Four movie expected to be released?

Marvel Studios’ Fantastic Four is expected to be released sometime in 2023. The furthest out film release date that Marvel has announced is for James Gunn’s Guardians of the Galaxy Vol. 3, which is slated to hit theaters on May 5, 2023. That means the earliest audiences could expect to see Fantastic Four would be summer 2023. The film is reportedly in the very early stages of development, and no script has been written so far.

With Marvel placing the Fantastic Four logo at the end of their Phase 4 sizzle reel, some have speculated that the placement could have some significance. Is it possible that Fantastic Four will be the final film of the Marvel Cinematic Universe Phase 4, catapulting the MCU into Phase 5? Only time will tell.

Are you excited to see Marvel Studios reboot Marvel’s First Family? Let us know in the comments!