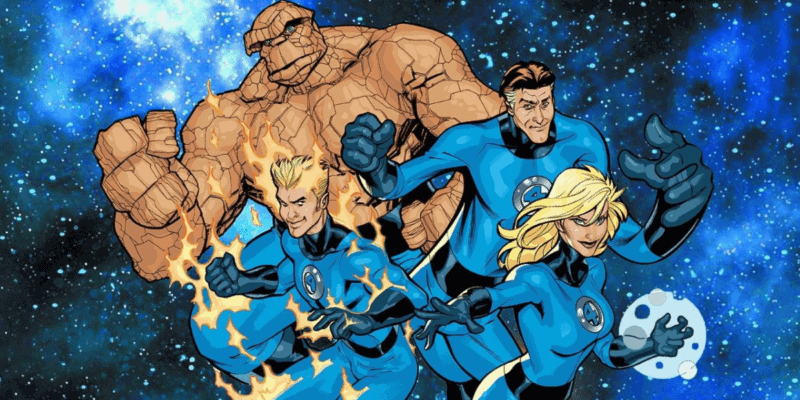 What’s not to like a about fantasy “fan casting?” A time honored practice nearly as old as the internet itself, fan casting let’s social media users’ imaginations run wild with their ultimate lineup of actors to take on their favorite characters.

The most recent “fan cast” craze to sweep Twitter allowed Marvel fans to “flame on” with some fire Tweets about the Fantastic Four MCU reboot at Disney. In December 2020, at the Disney Investor Day event, the House of Mouse announced a staggering amount of deeply exciting projects, including the Marvel Cinematic Universe debut of the first family of Marvel comics. Fans took to Twitter to share their picks to take on the roles of Reed Richards, Sue Storm, Johnny Storm, and Ben Grimm.

In 2005, the first of two moderately successful Fantastic Four films was released by 20th Century Fox — now 20th Century Studios — starring Ioan Gruffudd as Mr. Fantastic, Jessica Alba as the Invisible Woman, Chris Evans as Human Torch, and Michael Chiklis as The Thing. A Fox reboot was launched in 2015 starring Miles Teller, Michael B. Jordan, Kate Mara, and Jamie Bell. While Fantastic Four (2015) had some memorable moments, overall the movie was poorly received by critics and Marvel fans.

When Fox was purchased by Disney for $53 billion in 2019, giving Disney the rights to the Fantastic Four franchise, fans began to hope that Kevin Feige and Marvel Studios could do for Fantastic Four, what it did for Sony’s Spider-Man franchise — namely, making it cool again with some of that MCU magic!

The trending topic began to take over Twitter when user Luke Tweeted,

Some pretty good picks in there, but the Twitter was not done with this fan cast…not by a long shot. A user going by WorthitPoints brought some very realistic options to the table, suggesting John Krasinski as Reed Richards and the actor’s real-life wife, Emily Blunt, as Susan Storm. These have been the hot casting rumors of late:

A bit basic, a bit different – our fancast for the Fantastic Four is:

Dan Farrell made some interesting contributions as well. Dacre Montgomery (Stranger Things) made it to the top 4 of a lot of fan casts, and, who wouldn’t want to see Harley Quinn (Margot Robbie) join Marvel Studios and the MCU?

Everyone seems to be doing a Fantastic Four fancast, so I figured I’d try my hand at it. How about…
Dev Patel as Reed
Margot Robbie as Sue
Dacre Montgomery as Johnny
Kellan Lutz as Ben

Everyone seems to be doing a Fantastic Four fancast, so I figured I'd try my hand at it. How about…

Then, as tends to happen on Twitter, things started to get a little crazy. Or, maybe perfect, depending on where your opinions lie. This thread from Caleb Braley may happen to be totally genius. It’s the It’s Always Sunny in Philadelphia gang as the Fantastic Four (plus Dr. Doom)!

Because it's trending, here's my Fantastic Four fancast (A THREAD):

My Fantastic Four fancast! What do you think?

My Fantastic Four fancast! What do you think? pic.twitter.com/H87XVw3ZKH

Finally, we’ll end with every Pixar fan’s ideal Fantastic Four — or maybe the Incredible Five with Jack Jack! I’d cast the raccoon as Dr. Doom. It’s the Parrs! Elastigirl and Mr. Fantastic have the same super powers, as do the Invisible Woman and Violet. The Thing is super strong just like Mr. Incredible.

Dash may not be able to catch fire, but he’s got similar personality traits to Johnny Storm. Jack Jack can catch on fire — and do whatever else he wants pretty much. I think The Incredibles cast would fit right in at the Baxter Building. Captain Roxas agrees, Tweeting a pic of the Parrs along with:

Since everyone is sharing here’s my Fantastic Four Fancast. Tell me what you think!

Since everyone is sharing here's my Fantastic Four Fancast. Tell me what you think! ? pic.twitter.com/p96vX7tHW2

What do you think? Who is in your ideal Fantastic Four fan cast? Let us know in the comments?