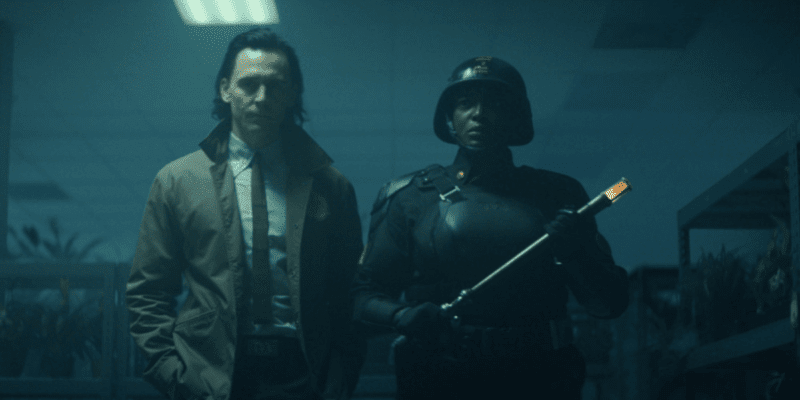 Owen Wilson’s Agent Mobius of Marvel’s Loki has a history with Marvel’s First Family. Here’s how Mobius and the TVA are setting the stage for the introduction of Mister Fantastic, Invisible Woman, Human Torch, and The Thing in the Marvel Cinematic Universe ‘Fantastic Four’ reboot.

Marvel fans have had their eye on a Marvel Cinematic Universe reboot of Fantastic Four since Disney & Marvel Studios acquired the film rights for the beloved Marvel Comics characters as part of their 20th Century Fox takeover.

While details about Marvel’s Fantastic Four have been scarce, Marvel Studios has confirmed a few key details. For one, a Fantastic Four film is definitely happening in the Marvel Cinematic Universe. During Disney Investor Day 2020, Marvel Boss Kevin Feige officially announced that rumors of a Fantastic Four reboot were absolutely true.

While no Fantastic Four cast has been announced as of this writing, Marvel Studios has designated a director for the film. Jon Watts — director of the Sony and Marvel Studios films Spider-Man: Homecoming (2017), Spider-Man: Far From Home (2019), and Spider-Man: No Way Home (2021) — has been tapped to bring Marvel’s First Family into the MCU. Watts is a canny pick to reinvigorate the diminished Fantastic Four franchise, as he successfully integrated a new Peter Parker (Tom Holland) into the Marvel movie timeline following Sony’s disappointing Amazing Spider-Man film series.

It’s speculated that the earliest Marvel fans could see Fantastic Four in theaters is late 2023, possibly following Guardians of the Galaxy Vol. 3, set to release on May 5, 2023. While there’s plenty of time — and lots more content coming from Marvel — between now and then, it appears as if Loki is already laying the groundwork for Reed Richards, Sue Storm, Johnny Storm, Ben Grimm, and Doctor Doom in the Sacred Timeline.

In the Disney+ series premiere of Loki, Agent Mobius (Owen Wilson) good cops Loki (Tom Hiddleston) in an effort to understand what’s behind the god of mischief’s “glorious purpose.” Hoping the Avengers (2012) timeline Loki will provide insight into stopping a wrathful Loki variant, he saves the Asgardian from being reset by the Time Variance Authority (TVA).

In the pages of Marvel Comics, Agent Mobius and the TVA have quite a compelling history with the Fantastic Four and the multiverse. Their connection can provide Marvel fans clues about how we can expect to see the Fantastic Four enter the Marvel Cinematic Universe.

In 1991, Agent Mobius made his first Marvel Comics appearance in a Fantastic Four storyline that resembles the premiere of Loki. Agent Mobius participates in the apprehension of the Fantastic Four, bringing them before the TVA to stand trial for their violation of “synchronicity” — in other words, the Sacred Timeline.

In the Marvel comics, the Fantastic Four stood accused of messing with the Timestream to destroy something called the “Time Bubble” to save their future selves from certain death. Later, the Fantastic Four aligned with Agent Mobius, helping him to secure a position of power within the TVA as a “Fantastic friendly” on the inside.

Frequent nemesis of the Fantastic Four, Kang the Conqueror also has crossed paths with Agent Mobius, with the Kang Dynasty rivaling the TVA for timeline supremacy. Jonathan Majors (Lovecraft Country) is confirmed to be joining the Marvel Cinematic Universe as Kang the Conqueror opposite Paull Rudd as Ant-Man in Ant-Man 3, Quantumania (2023).

With the similarities in the narrative to the Fantastic Four comics and the depiction of the Time Variance Authority in Loki, coupled with the debut of a major Fantastic Four villain scheduled to debut in the Marvel Cinematic Universe in 2023, it seems the seeds for the MCU arrival of Fantastic Four have already been planted.

In the first episode of Loki, Miss Minutes reveals that the Sacred Timeline is instituted by the Timekeepers following a Multiverse War. The Sacred Timeline is created by combining all timelines into one, presumably erasing many timelines to prevent redundancies or contradictions. It’s likely that some of these erased timelines could’ve contained the homeworld of the Fantastic Four — or perhaps even the X-Men, another 20th Century Fox property on the way to the Marvel Cinematic Universe.

With variant versions of the trickster god Loki seemingly working both for and against the TVA concurrently, anything is possible right now in the MCU multiverse. Loki head writer and executive producer, Michael Waldron is also writer of the upcoming Doctor Strange sequel, Doctor Strange in the Multiverse of Madness (2022). In Waldron, Loki has a guy who can connect the multiverse dots all over the Marvel Cinematic Universe.

Do you think Loki is borrowing from Marvel Comics to set up Fantastic Four? Let us know in the comments!