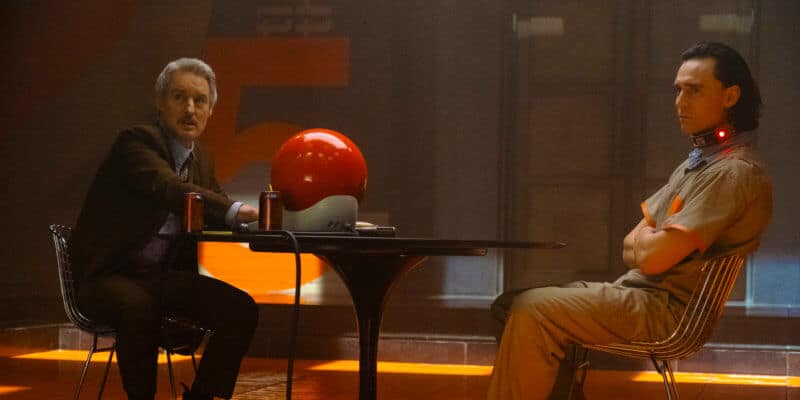 Disney+ has definitely surprised viewers with some amazing Marvel series including WandaVision, showcasing Wanda Maximoff and Vision’s superhero/suburban lifestyle, and The Falcon and the Winter Solider revealing the new Captain America and giving Marvel fans confirmation of the Captain America 4 movie they craved all these years.

Last week, the pilot of Loki aired on Disney+ and Tom Hiddleston fans were over the moon to see the God of Mischief come face to face with the Time Variance Authority. According to Disney, this new Marvel series that showcases Owen Wilson’s character Mobius M. Mobius hit record-breaking numbers for Disney+.

Credit Suisse conducted a Q&A session with The Walt Disney Company CEO Bob Chapek today, as they spoke about the future of Disney Parks and Entertainment. After Disney was congratulated for the success the company has had since acquiring Marvel Studios years ago, Bob Chapek confirmed Loki was the most-watched series premiere for Disney+ ever.

This isn’t surprising, as Loki has become one of the most loved antagonists of the Marvel Cinematic Universe. Loki’s MCU debut came in 2011, as Thor’s mischievous brother in the Marvel film, Thor. Since then, Loki has wreaked havoc causing a huge rift in the Sacred Timeline in this new Disney+ series and is faced with a massive decision and forced to reflect on past mistakes.

Related: Tom Hiddleston Talks Loki: Who He Was and Who He Could Become

For those who are aware, Loki airs every Wednesday on Disney+. Marvel Studios describe this new Disney+ series as the following:

Perhaps this series is so popular because we are able to see a Marvel villain in a new light, or maybe viewers are intrigued to see hints for the anticipated Marvel film Doctor Strange in the Multiverse of Madness.

Either way, Loki’s Disney+ series goes down as the most popular Marvel series premiere to date, and viewers are ecstatic to see if Loki will actually help the TVA in future episodes or find a diabolical way to complete his plan of becoming one of the most powerful Gods in the universe.

Related: We Now Know That ‘Loki’ Will Kick Off The Multiverse In The MCU

Have you seen the Disney+ series Loki yet? How do you compare it to WandaVision and The Falcon and the Winter Soldier? Let us know in the comments below!

Comments Off on Disney Confirms Record-Setting Success For ‘Loki’