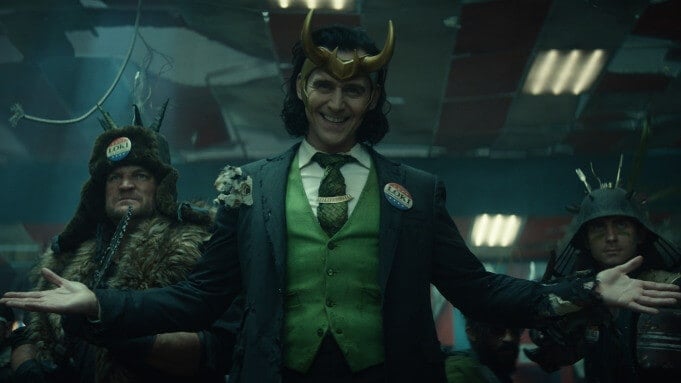 Phase 4 of the Marvel Cinematic Universe has been all about the multiverse. Though it hasn’t been officially introduced, we’ve gotten hints of it in WandaVision and we know it will be a focus in Spider-Man: Far From Home, which is rumored to include past Spider-Man heroes and villains. Of course, Doctor Strange in the Multiverse of Madness will deal with the multiverse, and even the animated series What If…? hints at the multiverse, showing different takes on well-known MCU stories.

We’ve been thinking the multiverse will be truly kicked off in Spider-Man: Far From Home, but we were wrong — Loki will be the property that officially makes that happen when the Disney+ show premieres on July 9. In a new interview with Vanity Fair, Loki head writer Michael Waldron — who is also a screenwriter on Doctor Strange — talked about working on Loki and teased how he was dealing with “time travel and the multi-verse.”

It makes sense, all things considered: the show follows the mischievous trickster Asgardian as he teams up with the TVA (the Time Vance Authority) to help clean up the issues caused when he escaped at the end of Avengers and ended up in an alternate timeline. Not only will the show unveil different timelines, it’s the first show where we truly will get to see other realities in the Marvel Universe — the ones that were hinted at in Avengers: Endgame.

The more interesting question is, was Loki really supposed to be the property that introduced the multiverse? After all, the COVID-19 pandemic drastically altered the MCU Phase 4 timeline and while things didn’t have to shift too much, it definitely resulted in some cut storylines. Loki was originally slated for 2021, which also would have lined up with the release of Doctor Strange in the Multiverse of Madness. Now, that’s a film we won’t get until 2022.

Still, Spider-Man: Far From Home arriving so quickly after Loki airs means that maybe Marvel did something right after all. We’ll be very familiar with the multiverse by the time Doctor Strange rolls around and it’ll definitely be more clear how the multiverse will shape Phase 4 of the MCU.

Are you excited to watch Loki? Let us know in the comments!