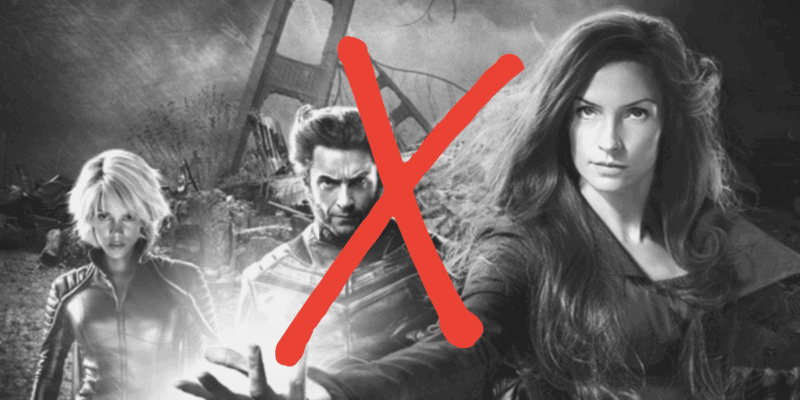 Whispers of the Marvel Cinematic Universe’s X-Men have been present for a while. When The Walt Disney Company bought 20th Century Fox — now 20th Century Studios — in 2019, popular Marvel franchises like the X-Men and Deadpool became part of the Disney and Marvel Studios family.

The X-Men is one of Marvel’s biggest properties and their joining with the rest of the MCU is highly anticipated. But how will famous characters like Cyclops, Storm, Jean Grey, and the villain Magneto arrive into the canon? Well, it may take a while because they could already be dead.

The X-Men first arrived into the world in 1963 when Marvel Comics duo, Jack Kirby and Stan Lee created the iconic team in The X-Men #1. The superhero team’s lineup has changed frequently over the years with each revival of the X-Men — whether in comics, video games, or movies — never truly being the same.

The X-Men gained further worldwide recognition when the Marvel movie, X-Men, debuted in 2000. Fox’s X-Men movie series has grossed over $6 billion at the global box office with a total of 13 films — including Ryan Reynold’s Deadpool spinoffs and The New Mutants.

Not every entry into the X-Men franchise from the Fox studio was well-received — Dark Phoenix (2019) was widely panned and became the lowest-grossing film of the main series –, and it can be expected that fans are hoping Kevin Feige can rebrand and reinsert the fan-favorite squad into the MCU in a positive way following Disney’s acquisition.

What will be interesting when the time does come for mutants to claw their way into Marvel Universe, is how the Marvel mastermind will bring them in and even more importantly, who will be brought in.

It’s hard to imagine anyone else but Hugh Jackman’s Wolverine, Patrick Stewart’s/James McAvoy’s Professor Charles Xavier, Ian McKellen’s/Michael Fassbender’s Magneto in the lineup because the Fox X-Men team is so ingrained in popular culture — it did span two decades after all.

However, as we saw in 2008 when Feige launched the MCU with a lesser-known character called Iron Man, success doesn’t necessarily come from the character’s prior popularity, it comes in the form of good storytelling, credible casting, and a powerhouse of a creative team. That being said, when the X-Men do enter the MCU it could be a mutant that collectively we’ve never heard of, or heard very little about.

This isn’t a bad thing.

But anyway, it’s not so much the question of who is coming into the MCU — it’s the how and the when. Theories are everywhere. Fans even got a glimpse at a popular X-Men location in Malcolm Spellman’s and Kari Skogland’s The Falcon and the Winter Soldier on Disney+. When Sam (Anthony Mackie) and Bucky (Sebastian Stan) joined forces, albeit tentatively, with Helmut Zemo (Daniel Brühl), they ventured to the criminal city of Madripoor — the location is heavily featured in the X-Men archives, namely the New Mutants and Wolverine comic book series.

However, there is a rather intriguing theory — if not slightly out-there — which suggests the X-Men characters we are so used to seeing on the big screen are in fact already dead. Killed in an event caused by Avenger Wanda Maximoff AKA Scarlet Witch, the arrival of the mutants could be down to Deadpool via time travel.

Ok, yes, “hold up” you’re shouting, but let’s get to the theory. Posted to Reddit by Redditor MagicJoshByGosh, the MCU’s mutants — at least in the main timeline (we, of course, know that this is known as the Sacred Timeline thanks to Loki) — have already been killed off by the Scarlet Witch.

In the wake of the Mutant Decimation, which was a direct effect of the House of M storyline (the story arc that heavily inspired WandaVision), almost all of the mutants of the world were either depowered or killed. The number of mutants on Earth dropped from almost a million to 198 in a matter of seconds. Then a whole mess of stuff happened, and a new team was formed: the New X-Men.

While WandaVision did take elements of the House of M storyline, it never hinted at Wanda’s magic causing this level of disruption, but then again, that could be something Marvel just doesn’t want us to know yet.

Although what is intriguing, is while WandaVision didn’t go there, we know Wanda (Elizabeth Olsen) is showing up in the Doctor Strange sequel, Doctor Strange in the Multiverse of Madness (2022), and we also know Loki (Tom Hiddleston) is running amok with the Time Variance Authority (TVA) in Loki on Disney+ so there could be something here regarding the mutants being wiped out in some kind of tragic event. It would explain their whereabouts…or lack thereof.

The theory goes on to say how audiences have always pretty much seen the same roster of characters so introducing the New X-Men as the foundation of the mutants’ entry into the MCU would echo the original Avengers lineup in a fashion.

My theory states that after all the little easter eggs and references planted throughout the next few years of MCU productions, Deadpool 3 will begin with the titular character teaming up with Cable and going through time for something stupid. Cable will accidentally take his daughter, Hope, into the present, and unwittingly enter the MCU with Deadpool. Hope’s arrival in the present, as in the comics, will set off a chain reaction that causes five mutants to suddenly activate.

With Marvel Studios opening up the Multiverse more and more, as well as playing with time in new and interesting ways, the theory does hold a little bit of weight. The “Hope” here is Hope Summers — the firstborn mutant after the Scarlet Witch’s reality-altering Decimation.

Kevin Feige would have to address where the mutants have been throughout all the world-altering situations of the past decade if he were to bring them in as an already fully functioning team. But, with the idea that an event — and it doesn’t necessarily have to be Wanda’s Decimation — having already eradicated them, could allow for the X-Men’s smoother transition into the MCU.

Whichever way the iconic team comes back to the big screen (or the small screen, who knows?) it is sure to rock the very core of the MCU. Marvel fans can find the X-Men film series along with the Fantastic Four movies as part of Disney’s Marvel Legacy Collection on Disney+.

The MCU mutant movie from Marvel Studios was announced in 2019 but no details regarding its production have yet emerged.

How do you think the X-Men will join the Marvel Cinematic Universe?

Comments Off on Did Wanda Maximoff Already Kill The MCU’s X-Men?