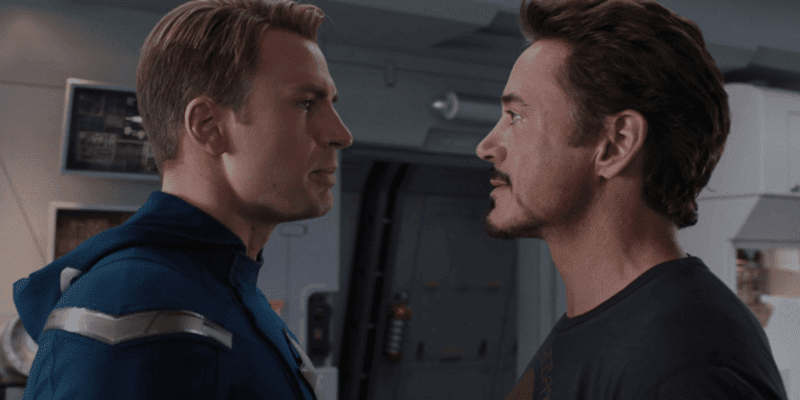 Unlike the deep divide between Tony Stark/Iron Man (Robert Downey, Jr.) and Steve Rogers/Captain America (Chris Evans) in the MCU’s Captain America: Civil War (2016), the Marvel comics universe is about to unite the duo in a brand new project.

Brought to you by acclaimed creative team, writer Derek Landy (FALCON & WINTER SOLDIER, THE BLACK ORDER) and artist Ángel Unzueta (IRON MAN, STAR WARS), CAPTAIN AMERICA/IRON MAN will be a first-of-its-kind series, taking two of Marvel’s A-listers on an epic adventure that will explore the pair’s fascinating dynamic and history as they go up against a mysterious new threat from Hydra!

A government agent turned Hydra provocateur stages a daring breakout on her way to prison, attracting the attention of both Iron Man and Captain America. When Steve and Tony realize they both have a connection to the slippery fugitive, they team up to track her down—only to discover she’s not the only player on the board with big plans and sinister motives…

Unzueta shared with Marvel that it is a “dream come true” to work with these two fan-favorite characters. The first issue of “Captain America/Iron Man” is due to release on November 24, 2021.

What’s next for Iron Man and Captain America in the Marvel Cinematic Universe?

When Tony Stark sacrificed himself at the end of Avengers: Endgame (2019), both the Infinity Saga and RDJ’s time in the MCU came to a close. The Sherlock Holmes actor has made it clear that he’s done “all I could” with the Iron Man character.

However, thanks to the official introduction of the Marvel Multiverse in Tom Hiddleston’s Loki, there is certainly a chance we’ll see another version of Iron Man appear in the future — many Marvel fans are hoping to see Iron Man return in some fashion alongside Benedict Cumberbatch (Doctor Stephen Strange) and Elizabeth Olsen (Wanda Maximoff/Scarlet Witch) in Doctor Strange and the Multiverse of Madness (2022).

With Captain America 4 in the works under the leadership of The Falcon and the Winter Soldier showrunner Malcolm Spellman, it certainly seems that Captain America’s time in the MCU is far from over.

It is not yet known if Sebastian Stan’s Bucky Barnes/Winter Soldier — or any other Avengers characters, for that matter — will once again work with Wilson in the upcoming fourth installment of the Captain America franchise.

Fans can also look forward to the “Captain Carter” episode of Marvel’s new animated series, What If…?, debuting today, August 11, on the Disney+ streaming platform. The first installment imagines what would have happened if Peggy Carter (Hayley Atwell) had become Cap instead of Steve Rogers in Captain America: The First Avenger (2011).

Are you looking forward to seeing Iron Man and Captain America officially team up for the first time?