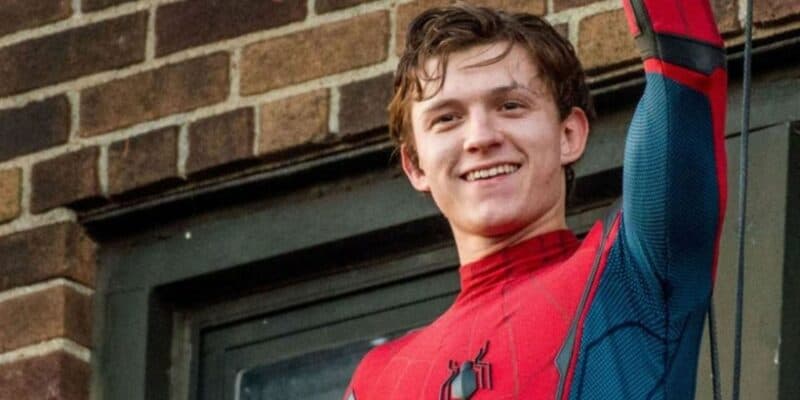 The internet nearly broke over the release of the official trailer for Spider-Man: No Way Home (2021) on August 23. Thanks to a leaked video the night before, No Way Home was the talk of the town across all social media platforms. As a result, Spider-Man: No Way Home‘s teaser trailer is the most viewed trailer in a 24-hour period, beating the previous record set by Avengers: Endgame (2019).

Today, Marvel actor Tom Holland rang in the good news on social media, taking a screenshot of a Variety headline explaining the amazing feat and sharing it to his Instagram story.

This is incredible. I honestly can’t believe it. This movie is so crazy and I can’t wait to share it with you.

Now, No Way Home blew those numbers out of proportion with a reported 355.5 million views in its first day online, according to Comicbook.com.

nbd, just broke the internet and the 24-hour global record for the most watched and talked about trailer ever!

nbd, just broke the internet and the 24-hour global record for the most watched and talked about trailer ever! #SpiderManNoWayHome https://t.co/rK8gS8iAhL

Related: Understanding the 5 Villains Teased in ‘Spider-Man: No Way Home’

The second trailer for Spider-Man: Far From Home (2019) didn’t even receive half of No Way Home‘s views on the first day it was released, indicating that every Marvel fan was waiting on the edge of their seat for an update on the popular Avenger.

The iconic Marvel character is one of the most recognizable and popular superheroes in the world. Spider-Man’s great power wasn’t only used against Mysterio (Jake Gyllenhaal) but also against social media platforms that shared the leaked trailer!

In the trailer, fans saw Peter, MJ, Aunt May (Marisa Tomei), and Ned (Jacob Batalon) being interrogated by the police after Peter Parker is framed for the death of Mysterio.

Without the help of Captain America, Iron Man, or even Captain Marvel, Peter turns to Doctor Strange (Benedict Cumberbatch). Spider-Man and Doctor Strange accidentally open a rift in the Multiverse when a spell goes wrong in the Sanctum Sanctorum, unleashing a deadly batch of supervillains, like Alfred Molina’s Doctor Octopus from previous Spider-Man franchises.

Get ready to see the return of Willem Dafoe’s Green Goblin in No Way Home. He and Doctor Octopus are joining iconic characters Electro (Jaime Foxx), Lizard, Sandman, and possibly Vulture (Michael Keaton)!

Spider-Man: No Way Home debuts in theaters on December 17, 2021, and will undoubtedly shake up the Multiverse more than Loki and WandaVision ever did!

Are you excited to watch No Way Home? Let us know in the comments below!