Latest Reveal Shows Mysterio Returns in 'Spider-Man: No Way Home’ - Inside the Magic 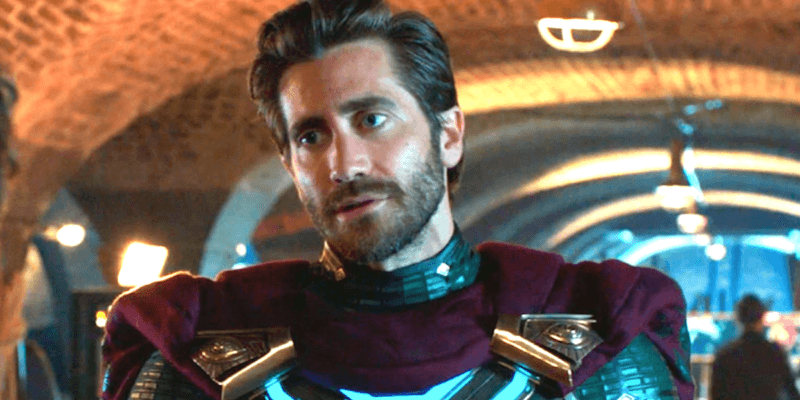 Mysterio (Jake Gyllenhaal) in Spider-Man: Far From Home (2019) made a huge impact on the Marvel Cinematic Universe after revealing the true identity of Peter Parker/Spider-Man (Tom Holland). The villain might make his return in Spider-Man: No Way Home (2019) based on the latest reveal online — leaked merchandise for the upcoming movie.

The Marvel Universe is about to completely change with Marvel’s upcoming What If…? series coming to Disney+ on August 11, 2021. With Shang-Chi and the Legend of the Ten Rings and Eternals coming to theaters this fall, Marvel fans have their plate full for upcoming content, and the MCU is expanding in ways like never before.

Nonetheless, Spider-Man’s concluding adventure in Spider-Man: No Way Home — coming to theaters on December 17, 2021 — will undoubtedly alter the future of Marvel.

Marvel previously confirmed that villains Doctor Octopus (Alfred Molina) and Electro (Jaime Foxx) would make their MCU debut this Winter and face Peter Parker. Many fans also believe that Willem Dafoe’s Green Goblin will also make his MCU debut in No Way Home, leading to a Sinister Six face-off in the film.

With so many villains making their way to the world of MJ (Zendaya) and Ned (Jacob Batalon), Peter Parker needs extra help. The Avenger won’t have the backup of Captain Marvel, Black Widow, or Black Panther, and he’ll especially need help if Mysterio/Quentin Beck comes back to life.

Some reports state that Sinister Six will unite in No Way Home, meaning Mysterio will have to come back from the dead (did he even hie at all?) and haunt Peter Parker again.

This new reveal for No Way Home merchandise designs features propaganda drawings of Mysterio’s classic helmet and two hands with an eye in the center of each. On each of the designs, the phrase “We Believe Mysterio” is prominently featured.

These pieces of work most likely suggest followers of Mysterio are supporting Quentin Beck after his death. Peter Parker is framed with the murder of Beck/Mysterio at the end of Spider-Man: Far From Home (2019), and No Way Home will feature the aftermath and court trials Parker will face.

Mysterio never really dies in the Marvel comics. Well, every time Peter thinks he does, Mysterio somehow reappears. Now, he’s reappeared in new merchandise that could suggest the villain’s return to the MCU.

What do you think of this merchandise reveal hinting at Mysterio’s presence in the upcoming Spider-Man film? Let us know in the comments!

Comments Off on Latest Reveal Shows Mysterio Returns in ‘Spider-Man: No Way Home’