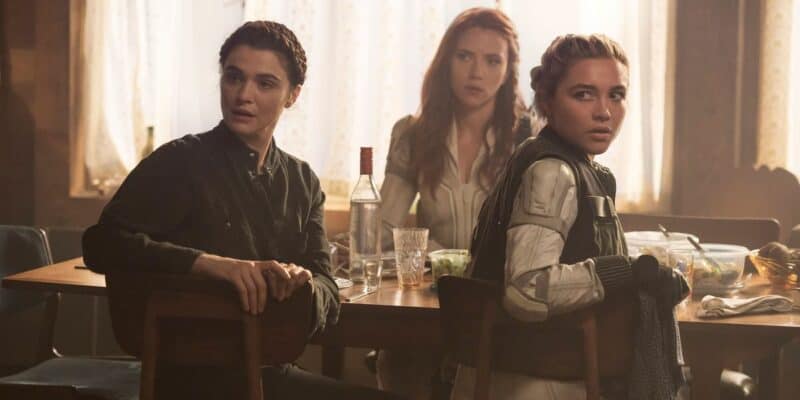 Ever since the COVID-19 pandemic began, movie theaters have been suffering. Many film studios — including Walt Disney Studios and their subsidiaries like Marvel Studios and Star Wars/Lucasfilm — have moved to new release strategies, including simultaneous theatrical and streaming debuts and straight-to-streaming premieres.

Disney, along with other studios like Warner Bros., Universal, and Paramount Pictures, have cut their theatrical release window to 45 days instead of the traditional 90 — Disney most recently did this with Marvel Studios’ Shang-Chi and the Legend of the Ten Rings in September — but one movie studio, Sony Pictures, is sticking with the conventional three-month theatrical run.

And, as it turns out, it could pay off. To date, Disney’s MCU has dominated the box office in 2021. Black Widow (July 9, 2021) was released simultaneously in theaters and on Disney+ Premier Access, earning $80.4 million on its opening weekend. Then, Shang-Chi was close behind, earning $75.4 when it debuted in theaters on Labor Day weekend.

Now, Sony’s Spider-Man universe is proving that fans want more Marvel however they can get it. Venom 2, Venom: Let There Be Carnage, shocked everyone earning $90.1 million at the domestic box office and over $100 million globally during its opening weekend.

Venom 2’s record-setting $90.1 million domestic bow beat out the most bullish box-office predictions and was no doubt helped along by the fact that it bypassed streaming and VOD venues and opened exclusively in theaters, where it blew past Black Widow’s $80.4 million launch and Shang-Chi’s $75.4 million initial salvo.

Rolling out in 4,225 theaters, Venom 2 scored a staggering $21,325 per-screen average over the weekend and added another $13.8 million from overseas (it has not yet opened in most international markets yet, including China, where the first Venom grabbed $269 million), bringing its first-week global box-office total to $103.9 million.

Currently, there are no confirmed plans to bring Tom Hardy’s Venom to Kevin Feige’s Marvel Cinematic Universe, but the actor recently shared that he “would do anything” to make the crossover happen.

What do you think about Marvel movies dominating the box office this year?