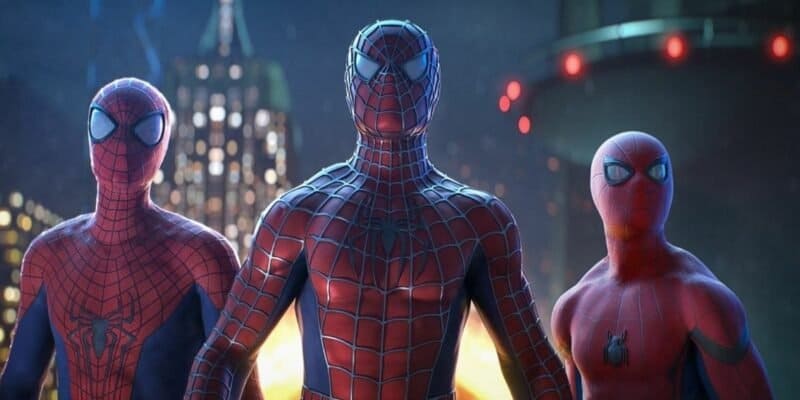 Spider-Man: No Way Home is the cherry on top of Marvel movies debuting in 2021. Rumors suggest that the second groundbreaking trailer reportedly showing Tobey Maguire and Andrew Garfield could come out in November.

Every Marvel fan is waiting on the edge of their seat for more news about the Avenger Spider-Man (Tom Holland). Thanks to Venom: Let There Be Carnage (2021), hopes of the Spider-Verse appearing in the Marvel Cinematic Universe are coming alive.

Tobey Maguire and Andrew Garfield are speculated to appear in Spider-Man: No Way Home, but Marvel has not confirmed these rumors.

Spider-Man No Way Home Trailer will drop before 17th November. Because according to my spidey analysis Sony And Marvel always release the official trailer one month prior to the release date. Take any movie and check it yourself. Also the last one month is filled with promotion.

Spider-Man No Way Home Trailer will drop before 17th November
Because according to my spidey analysis Sony And Marvel always release the official trailer one month prior to the release date
Take any movie and check it yourself
Also the last one month is filled with promotion pic.twitter.com/L82VIhrNSc

According to various sources, Marvel and Sony release the official trailer for their Marvel movies one month before the theatrical debut.

Looking deeper into the business aspects of movie trailers (especially for a Marvel movie!), it would make sense for Marvel/Sony to release the “official” trailer for Spider-Man: No Way Home when Marvel’s Eternals (2021) debuts on November 5, 2021.

Marvel is constantly on the minds of the general public. Still, by the time Eternals debuts, Marvel will have six projects (including film, TV shows, and series) out, and Marvel fans will burst with excitement if they see the iconic characters (Maguire and Garfield) in a No Way Home trailer! After all, Disney+ with What If…? and Hawkeye (coming November 24) shakes up the Marvel Universe.

Essentially, it would be the perfect storm for a trailer on this scope. Marvel could maximize their profits by boosting the film’s popularity before the holiday season (for merchandising purposes).

Tom Holland’s reveal of Spider-Man shocked the comic book world when trailers for Captain America: Civil War (2016) showcased the young Peter Parker stealing the shield of Captain America (Chris Evans) —  one of Earth’s Mightiest Heroes and a superhero! Avengers: Infinity War (2018), Endgame, and Spider-Man: Far From Home (2021) culminate into an epic blockbuster this Christmas. Spider-Man’s great strengths are being put to the test as Alfred Molina’s Doctor Octopus and the villain Green Goblin (Willem Dafoe) team together with the Sinister Six to squish Spidey.

Our guess? The “official” trailer that’s possibly introducing the Spider-Verse could arrive by early-mid November (around November 5), given the history of previous Marvel films releasing their official trailer after “teasers” are a month or two old.

Watch Marvel’s New York change (along with the Marvel collection of iconic characters) when No Way Home swings into theaters on December 17, 2021.

What is going on with No Way Home? Let us know in the comments below!

Comments Off on Second ‘Spider-Man: No Way Home’ Trailer Rumored Release in November