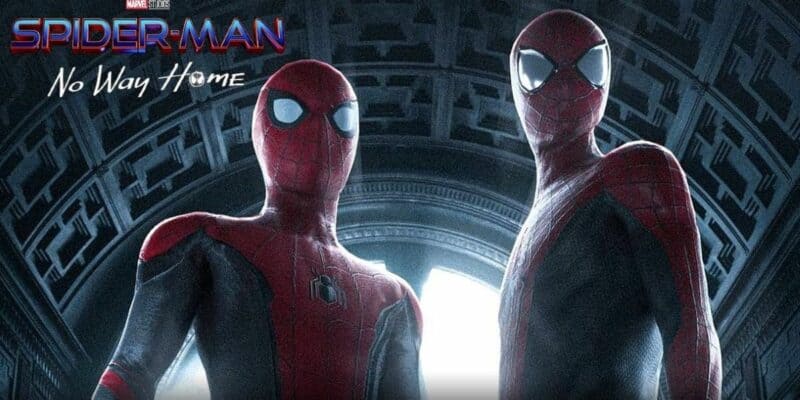 Marvel’s Spider-Man: No Way Home is one month closer to coming out. Every Marvel fan is speculating whether or not previous Peter Parker actors Tobey Maguire and Andrew Garfield will appear alongside Tom Holland in the Marvel movie. New reports suggest that the surprise could be spoil in an upcoming No Way Home trailer.

Related: Tobey Maguire Seemingly Appearing in “No Way Home,” According to Marvel Star

The No Way Home trailer leak at the end of August caused an uproar on social media. Marvel boss Kevin Feige was on red alert for potential leakers, and fans quickly spot numerous easter eggs in the teaser. Following the record-breaking success of the official teaser trailer, Tom Holland’s final stint with Marvel and Sony is preparing to break the internet again with the Spider-Verse.

The Spider-Verse, created by the Multiverse from Loki and No Way Home events, is the pairing of numerous interpretations of Spider-Man in one universe.

Fans are dying to see if rumors are true about Tobey Maguire and Andrew Garfield starring in Spider-Man: No Way Home, and a new report from Marvel Movies, a fan community on Instagram, suggest fans could see the pair before the movie comes out.

Tobey Maguire and Andrew Garfield will reportedly appear at the end of the second trailer for Spider-Man: No Way Home.

There’s no official word on when the second No Way Home trailer will debut, but many speculate that October could be the lucky month.

Seeing the legendary Tobey Maguire and Andrew Garfield swinging through Marvel’s New York in the Marvel Cinematic Universe is every Marvel fan’s dream, but it’s also a double-edged sword.

While many fans are eager to see the Maguire, Garfield, and Holland mashup on the big screen, not many want that amazing experience spoiled in a trailer.

However, many fans felt that Peter Parker’s big reveal as an Avenger should have been unveiled during the film’s theatrical release, not with a trailer on the internet.

With that in mind, showing the Spider-Verse on the small screen (your phone) instead of the big screen might cause an uprising in the Marvel fan community.

Looking at the trailer, the clever editing of scenes makes it appear that Doctor Octopus suddenly appears on the freeway and attacks Tom Holland’s Spider-Man.

However, in reality, he is most likely talking to Tobey Maguire’s Spider-Man.

Are you excited for the Spider-Verse in Spider-Man: No Way Home? Let us know in the comments below!