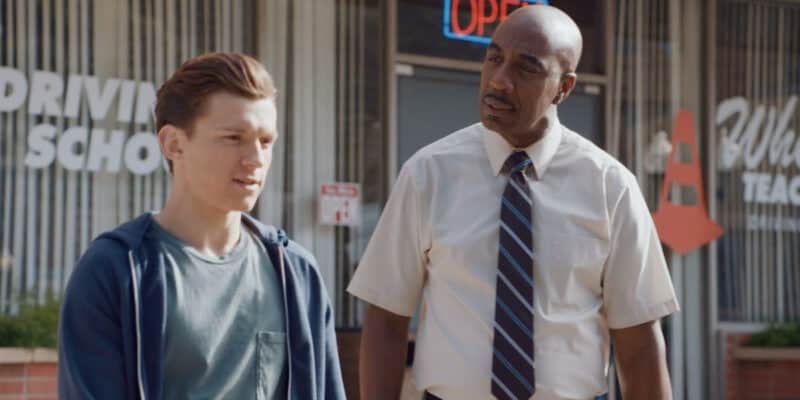 Warning: This article may contain potential spoilers for Spider-Man: No Way Home

Marvel actor J.B. Smoove (Curb Your Enthusiasm) casually dropped Tobey Maguire’s name in a recent interview about Spider-Man: No Way Home, possibly confirming the return of both Maguire and Andrew Garfield to the Marvel Universe.

Spoilers are the hardest things to avoid in Marvel movies, and even actors fall into the traps. Spider-Man actor Tom Holland infamously spoiled numerous Marvel storylines in the past — so much so that it’s become a running joke in recent No Way Home marketing stints.

Nonetheless, it’s nearly impossible to keep a tight lid on a film, especially when it’s related to the Marvel Cinematic Universe. For months, every Marvel fan has been speculating that previous Peter Parker/Spider-Man actors Tobey Maguire and Andrew Garfield will appear in Spider-Man: No Way Home, and one actor from the movie may have just spoiled it.

In the video above, J.B. Smoove from Spider-Man: Homecoming (2017) and Spider-Man: Far From Home (2019) seemingly confirmed Tobey Maguire’s appearance in Spider-Man: No Way Home.

Casually responding to this, Smoove said:

Tobey Maguire is, of course, the first live-action Spider-Man in director Sam Raimi’s critically acclaimed Spider-Man trilogy — featuring everyone from Willem Dafoe’s Green Goblin to Alfred Molina’s Doctor Octopus (both of which are appearing in No Way Home).

With numerous plot leaks and set photos shared on social media, fans believe that the three Spider-Man characters are crossing over into one multiverse in the upcoming Marvel movie.

It’s easy for actors to forget what they can and cannot tell the media and general public about their film involvements, but it’s entirely different when it comes to letting a massive plotline leak.

In recent weeks, Marvel has been on red alert after the No Way Home trailer was mysteriously leaked a day before its official release on the internet.

As a result, No Way Home became trending on every social media platform and shattered trailer viewing records previously held by Avengers: Endgame (2019)

Looking at the trailer, the clever editing of scenes makes it appear that Doctor Octopus suddenly appears on the freeway and attacks Tom Holland’s Spider-Man.

However, in reality, he is most likely talking to Tobey Maguire’s Spider-Man.

The supergroup of iconic characters comes from three Spider-Man franchises, making it entirely possible for Maguire and Garfield to jump into the MCU.

In fact, inevitably, all three Spider-Men won’t share the same screen in No Way Home after seeing Sandman defend Peter Parker from Electro’s blast in the trailer — confirming story continuity from Spider-Man 3 (2007).

Comments Off on Tobey Maguire Seemingly Appearing in “No Way Home,” According to Marvel Star