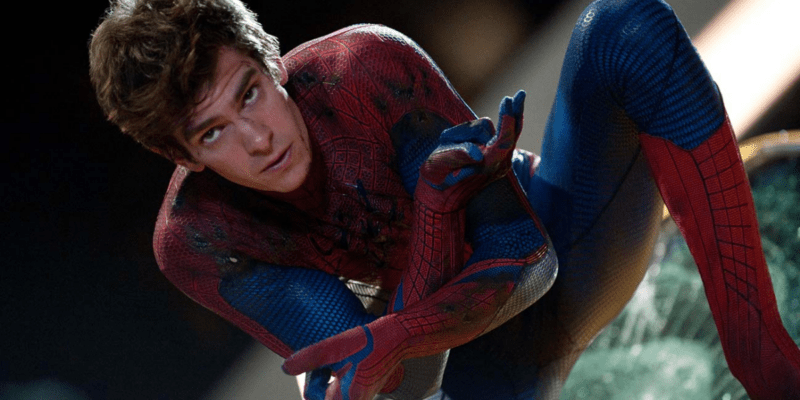 Andrew Garfield’s web-slinging adventure met its demise with The Amazing Spider-Man 2 (2014), starring alongside Jaime Foxx as the electrifying Electro. While the movie proved fun and seemed to promise a third installment in Garfield’s Spidey franchise, Sony decided to shelf the character once again.

Nonetheless, both Tobey Maguire and Andrew Garfield gained massive followings from Marvel fans, and both were greatly respected for their separate performances.

Tom Holland took the mantle of Peter Parker in 2016 with a surprising cameo in Captain America: Civil War (2016). Overnight, Holland became a sensation and household name, with fans globally welcoming him as the newest Spider-Man.

Since then, Tom Holland has stolen the screen as Peter Parker/Spider-Man in Spider-Man: Homecoming (2017), Avengers: Infinity War (2018), Avengers: Endgame (2019), and Spider-Man: Far From Home (2019). Holland is making his sixth and (possibly) final appearance as the iconic Marvel character in Spider-Man: No Way Home (2021) this December.

With Holland starring in six Marvel movies as Peter Parker and Tobey Maguire starring in three of his own, Andrew Garfield holds the least amount of screen time as the iconic character with only two films.

However, Garfield is the most popular Spider-Man, according to Twitter.

A new study by SlotsOnlineCanada reveals that when conducting a Twitter study last year on the subject “Spider-Man,” the largest volume of positive tweets and interactions from users were directed towards Andrew Garfield.

Overall, the top five most popular stars saw Gwen Stacy actress Emma Stone rank as No. 1 followed by Garfield in second place, Mary-Jane Watson’s Kirsten Dunst in third, Maguire in fourth and current star Holland in fifth. Additionally, the data revealed that Willem Dafoe is the most popular topic amongst fans following the premiere of the Spider-Man: No Way Home trailer and that current Aunt May actress Marisa Tomei saw the largest volume of tweets in comparison to other actresses across the various films, though Stone and Dunst saw more positive posts.

Despite Garfield’s run as Spidey being cut short with a reported The Amazing Spider-Man 3 being scrapped by Sony, he’s the most popular Spider-Man on Twitter.

Funny enough, Tom Holland falls last on the list of most popular Spider-Man actors. Still, that ranking could definitely change with an updated survey — especially after the No Way Home trailer release.

The iconic characters swinging through Marvel’s New York are set to share the screen in Spider-Man: No Way Home with Alfred Molina’s Doctor Octopus and Jaime Foxx’s Electro joining the Marvel Cinematic Universe.

The Marvel Universe is exploding this year with Marvel Cinematic Universe Phase 4 films inlcuding Shang-Chi and the Legend of the Ten Rings (2021), Eternals (2021), and Spider-Man: No Way Home (2021).

Who’s your favorite Spider-Man? Let us know in the comments below!