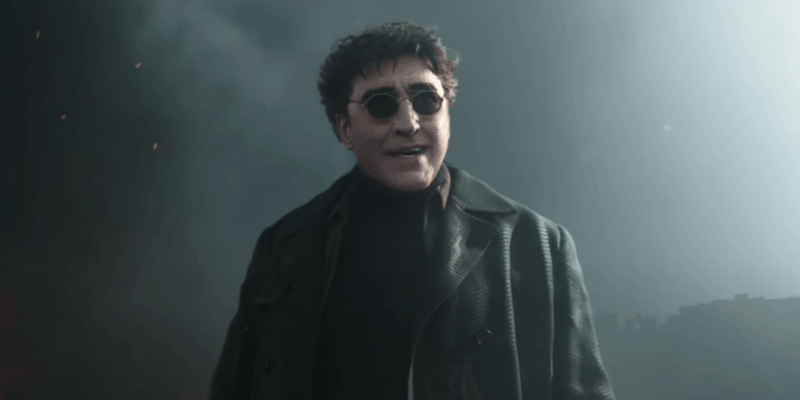 The infamous villain, Doctor Octopus, is soon to be back on the big screen in Marvel Studios’ Spider–Man: No Way Home (2021).

Here is all you need to know about the history of the Marvel Comics character.

Creation and publication of Doctor Octopus

Doctor Otto Octavius was created due to his own misfortune. A mad scientist, Doc Ock’s crime streak began after an accidental radiation leak fused a harness with four metallic tentacles to his body. The radiation seemingly mutated his brain so that the scientist could control his arms through his mind alone. The name that fans have come to know him as, Doctor Octopus, came as a result of Octavius reclaiming the derogatory name he was called by his colleagues.

When did Doctor Octopus first appear in Marvel comics?

Doctor Octopus first appeared in the Marvel Universe in Stan Lee‘s and Steve Ditko’s The Amazing Spider–Man #3 in 1963, returning again in issues #11-12 and #31-33. Much like the Green Goblin, the villain is perhaps one of the most recognizable antagonists — if not for his striking costumes — not only in Spider–Man media but in the entirety of Marvel‘s immense portfolio of characters.

Who is the female Doctor Octopus?

Carolyn Trainer assumed the role of Lady Octopus after her idol, Doctor Octopus died. Taking up his mantle, Doctor Octopus II first appeared in The Amazing Spider–Man #406 in 1995 and is a notable adversary of Spider–Man and Scarlet Spider. Upon Doc Ock’s resurrection, Trainer took the name Lady Octopus. Her suit differs from her predecessors in that as well as having the metal arms, it also provides Trainer with a forcefield.

Kathryn Hahn played Sony’s Spider-Verse villain, Dr. Olivia Octavius in Spider-Man: Into the Spider-Verse (2018) but more on that later.

Who was Dr. Octavius before he became Doctor Octopus?

Growing up in New York, the young Otto Octavius suffered an abusive childhood at the hands of his father. Octavius was also a gifted student, leading the character to secure a University Scholarship, where he chose to study sciences following his father’s death.

Octavius became a nuclear physicist and inventor. His devotion to the sciences led him to create his iconic harness and metallic arms that would become synonymously linked to him for the rest of his life. After his mother died, and his engagement to a fellow scientist, Mary Alice Anders, broke off, Octavius became increasingly reclusive and scornful to those around him.

The metallic apparatus that garnered Octavius his Doctor Octopus moniker became fused to his body after a radiation explosion, and the irreversible damage to his brain during the incident led him to live a life of crime. The use of his extra limbs, and ability to command incredible power saw him become one of Marvel‘s most sinister supervillains.

What is Doctor Octavius’ relationship to Peter Parker?

Doc Ock first met the web-slinging Peter Parker AKA Spider–Man after taking a hospital hostage. Doc Ock defeated Spider–Man in this encounter, leaving the hero downtrodden and about to give up on his superhero status.

The supervillain also established the crime gang, Sinister Six, which brought together many of Spider–Man‘s most evil antagonists like Kraven the Hunter in a mega team-up to take on Spidey and his allies. However, Doctor Octopus also received a redemption arc somewhat later down the line with Marvel Comics‘ Avenging Spider–Man #15.1 following Spider–Man‘s death in 2012’s “Dying Wish” storyline that concluded The Amazing Spider–Man‘s fifty years publication run.

Powers and abilities of Doctor Octopus

What are Doctor Octopus‘s powers?

Due to the radiation explosion that caused his metal harness and arms to fuse to his body, Doctor Octopus can control his additional limbs. As well as his strong octopus arms, Doc Ock is a gifted strategist and genius in atomic physics meaning he is always one step ahead of his adversaries.

The radioactive blast also affected his brain and made it so Octavius could control his telescoping, electrical-powered arms using his mind, even from great distances when they aren’t connected to his own body. The arms can lift immense weight and have a reaction time much higher than that of a regular human, meaning he can take on numerous enemies all the while carrying out other tasks.

What is the most powerful version of Doctor Octopus in Marvel Comics?

Arguably, the most powerful version of Doctor Octopus is his original incarnation. Fresh from his radioactive incident, the supervillain utilizes his new powers to take a hospital hostage, defeating his future long-time rival, Spider–Man during his freshman battle. That being said, in Marvel Comics‘ Daredevil series (#165) it is revealed that Doctor Octopus is having adamantium arms built, which Marvel fans will know is one of the strongest materials in the universe.

How strong is Dr. Octopus?

The Marvel Database explains how strong Doctor Octopus is:

Each of the original tentacles is capable of lifting approximately 8 tons. Provided Otto uses one of the tentacles to support himself, this gave him the ability to lift 24 tons. Each tentacle is capable of moving at a speed of ninety feet per second and strike with the force of a jackhammer.

His genius mind was also the reason behind the adaptations to his arms.

After crafting Adamantium tentacles, Otto managed to overpower and defeat The Hulk, and the tentacles he uses as the Superior Octopus were capable of overwhelming Strong Guy.

What movies did Doctor Octopus appear in?

As one of Marvel Comics‘ most notable villains, it was only a matter of time until the character debuted in a blockbuster movie. Sam Raimi’s Spider–Man 2 (2004) saw actor Alfred Molina bring the character to the big screen in a memorable performance, facing off against Tobey Maguire’s Spider-Man. Molina’s Doc Ock is often cited as one of the most popular villain portrayals in a superhero movie.

Kathryn Hahn voiced Dr. Olivia Octavius in Sony’s Spider–Man: Into the Spider-Verse. The character is the head scientist of Alchemax — the fictional corporation funded by Wilson Fisk AKA Kingpin (Liev Schrieber).

What does the future look like for Dr. Octopus?

Alfred Molina’s Doctor Octopus will be reprised in the next Spider–Man Marvel Cinematic Universe venture with Sony, Spider–Man: No Way Home which sees Tom Holland’s Peter Parker/Spider–Man take on the Multiverse with Benedict Cumberbatch’s Doctor Strange. The film will seemingly bring together elements from the MCU as well as characters appearing in both Raimi’s Spider–Man trilogy, and Marc Webb’s The Amazing Spider–Man series such as Tobey Maguire‘s Spider–Man and Jamie Foxx’s Electro, respectively.

Willem Dafoe’s Norman Osborn AKA the Green Goblin was also teased with a shocking appearance of the iconic pumpkin bomb in the upcoming film’s trailer.

Whether the character will appear later down the line in projects like Doctor Strange in the Multiverse of Madness (2022) is anyone’s guess.

Doctor Octopus and his mechanical tentacles have had a long tenure throughout Marvel Comics‘ publication history. From first appearing in The Amazing Spider–Man, Doc Ock went on to feature in The Superior Spider–Man comic — the character took over from Peter Parker after New York’s hero dies and switches bodies with Octavius. The character also went by the name of the Superior Octopus for a period of time.

Doc Ock’s and Molina’s return to the big screen is sure to cater to fans of Raimi’s Spider–Man movies while also introducing the villain to a completely new audience.

Will you be seeing Spider–Man: No Way Home this December? Let us know in the comments!

Comments Off on Who Is Doctor Octopus? Spider-Man Villain’s Origin and Powers