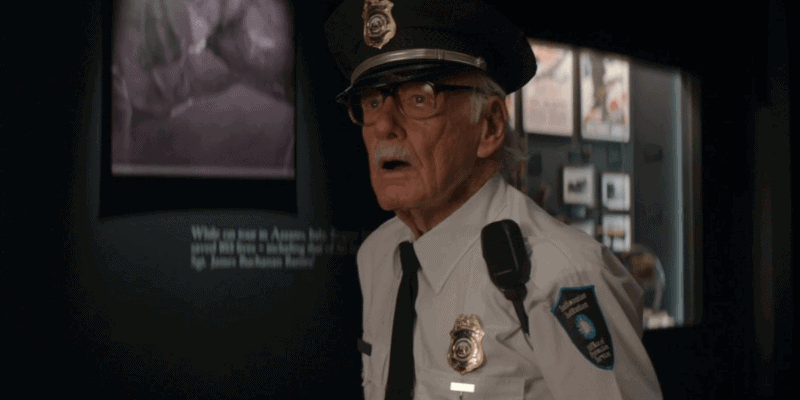 Marvel’s legendary linchpin creative mastermind, the late Stan Lee, appeared in every Marvel Cinematic Universe film from Iron Man (2008) through Avengers: Infinity War (2018) and Avengers: Endgame (2019) — for a total of 22 scene-stealing cameos in the MCU.

Stan Lee’s cameo in Endgame — featuring a digitally de-aged Lee — and his previous one in Captain Marvel (2019) were his final appearances committed to film prior to the former Marvel Comics editor’s death in 2018 at the age of 98. For Marvel fans wondering if the Marvel Cinematic Universe would continue to utilize Stan Lee’s digital likeness or voice for future cameos, or if we’ve seen Stan Lee’s final cameo, it looks like the answer is now a matter of policy at Marvel Studios: no more Stan Lee cameos.

Stan Lee not only appeared in his epic run of cameos in the Marvel Cinematic Universe movies, but in most of Sony Pictures’ and Fox Studios’ Marvel movies as well. Stan the Man did it all. Some scenes called for Stan Lee’s trademark levity — as in Avengers: Age of Ultron (2015) when Lee’s character is carried away muttering “Excelsior,” after imbibing the mighty liquor of Thor (Chris Hemsworth) while Captain America (Chris Evans) looked on. Or his memorable misnomer in Captain America: Civil War (2016) when he delivers a package to Iron Man (Robert Downey Jr.) by calling him “Tony Stank.” Other Marvel movie cameo appearances required a little gravitas — as in his Spider-Man 3 (2007) cameo where Lee offers some perspective to Peter Parker (Tobey Maguire) saying, “I guess one person can make a difference. ‘Nuff said.” But Stan Lee always understood the assignment and electrified Marvel fans.

Confirmation of Marvel’s new policy on using Stan Lee’s likeness for cameos posthumously in new projects has come from a unlikely source — Al Jean, The Simpsons long tenured showrunner. Jean revealed to Comicbook in an exclusive interview that his request to use Lee’s pre-recorded voice from years earlier to include in the recent Disney+ animated Simpsons/Marvel crossover “The Good, The Bart, and the Loki” was rebuffed by Marvel Studios. Al Jean understood the policy of the studio led by Kevin Feige, explaining,

“We just thought, ‘Oh, we have Stan Lee audio from when he was on our show, could we cameo him in?’ And they said that their policy is he doesn’t cameo now that he’s passed away, which is a completely understandable policy. That was their only note and that was, of course, easily done… Believe me, I respect that these franchises have a great power beyond ours. I respect it.”

In May of this year, Marvel used a recording of Stan Lee’s voice to narrate their Marvel Cinematic Universe Phase 4 sizzle reel, “Marvel Studios Celebrates the Movies” in a short video that featured references to Black Panther: Wakanda Forever (2022), Captain Marvel: The Marvels (2022), Eternals (2021), and Black Widow (2021), and Shang-Chi and the Legend of the Ten Rings (2021). While this use of Stan Lee’s voice was quite intentional and respectful — and certainly not a cameo — it may be the last time we hear Stan Lee’s voice on new Marvel content.

The latest film in the Marvel Cinematic Universe, Black Widow starring Scarlett Johansson as Natasha Romanoff, in keeping with the new policy, does not include a Stan Lee cameo.

While known by younger Marvel fans for his cameo appearances in the Marvel Cinematic Universe — 22 of the most successful films in the history of cinema — Stan Lee rose to prominence as a creative leader for Marvel Comics at a seminal time in the company’s road to pop culture dominance. Working together with amazing artists like Jack Kirby and Steve Ditko in the 1960s and 1970s, Stan Lee co-created many of the characters that rule the modern box office decades later — like the Amazing Spider-Man, X-Men, the Incredible Hulk, Fantastic Four, Iron Man, Silver Surfer, Thor, and Earth’s mightiest heroes, the Avengers.

Do you agree with Marvel’s policy to no longer use Stan Lee’s likeness in future projects? Let us know in the comments, true believers!