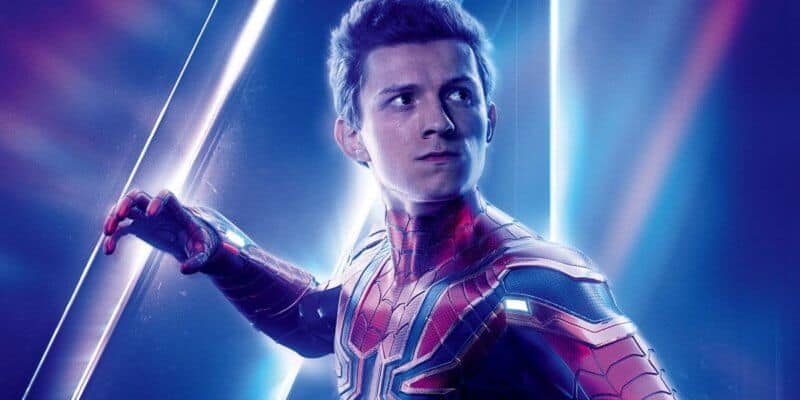 Tom Holland started his life in the Marvel Cinematic Universe in 2016 when the world first saw him as Spider-Man in Captain America: Civil War. Since then, the world has been in love with the adorable British actor and his enthusiasm for the roles that he inhabits. Since 2016, Holland has appeared in four more Marvel films and is preparing for the premiere of his fifth — Spider-Man: No Way Home, which is scheduled to be released on December 17.

Spider-Man: No Way Home will also star someone who has been in Holland’s Spider-Man films since the beginning, Zendaya. She will reprise her role as Peter Parker’s love interest and classmate, MJ. Ever since the two were paired in Spider-Man: Homecoming (2017) fans have been speculating about whether or not the two had a real-life romance.

It seems now that we have confirmation that the two stars are indeed romantically involved. Page Six shared images of the two sharing a kiss and joking around in Holland’s car outside of Zendaya’s mother’s home.

While rumors have been swirling about the two being involved and taking vacations together since 2017, both Zendaya and Holland have remained mum on the subject, keeping their relationship to themselves. However, Holland has said in the past that she was one of the main people who made him a better actor.

In a February 2021 interview with Backstage, Holland said that the actress had changed his life.

She was so helpful in the process of my life changing, because not only are you making big films and you’re traveling the world, but everyone starts to know who you are. And you have to behave differently. You have a responsibility to kind of uphold this idea of being a role model to young kids. And, arguably, she’s the best at that. You can’t really find anything against Zendaya, she’s kind of like the perfect person. It was so wonderful to have someone like her in my corner, to help me grow through that process. And, yes, I’ve made mistakes—I went through a phase where I hated taking pictures with people, and I was like, “No, no, no, leave me alone!” She really taught me, she was like, “That would probably stress you out more than saying yes and being nice about it.” She was so right. It’s made that whole process so much nicer. Having her as a friend has been so valuable to the success and happiness of my career and life.

Not much is known about Spider-Man: No Way Home, but the film will also star J.K. Simmons as J. Jonah Jameson, the head of The Daily Bugle where Peter Parker works. Alfred Molina will make an appearance as Dr. Octopus — Molina first starred as Doc Ock in Spider-Man 2 (2004) when Tobey Maguire held the role of the teenaged web-slinger. Marisa Tomei will also reprise her role as Peter’s Aunt May.

Are you excited to see Tom Holland and Zendaya as a real-life couple? Let us know in the comments!