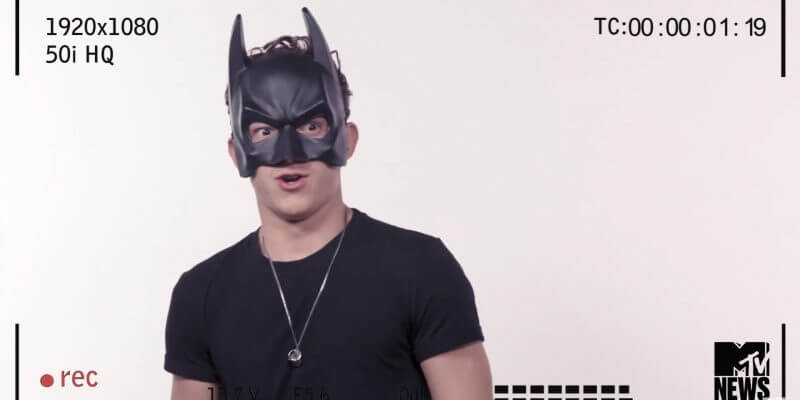 Ever since British actor Tom Holland (“The Impossible”) made his Marvel Cinematic Universe debut as Peter Parker / Spider-Man in last year’s “Captain American: Civil War,” fans have repeatedly discovered that he’s a bit of a ham. From performing in drag on “Lip Sync Battle” to going toe-to-toe with some of his more weathered superhero costars, Holland has proven that he’s not too cool to make fun of himself and the Marvel universe at the same time.

This week in an interview on MTV’s “After Hours,” Tom Holland once again made with the funny by presenting a series of phony audition outtakes from the casting process for “Spider-Man: Homecoming,” including an instance in which he dons the cowl of another famous hero, albeit one from a different comic book publisher.

Comments Off on VIDEO: Tom Holland auditions for “Spider-Man: Homecoming” in variety of hilariously wrong ways