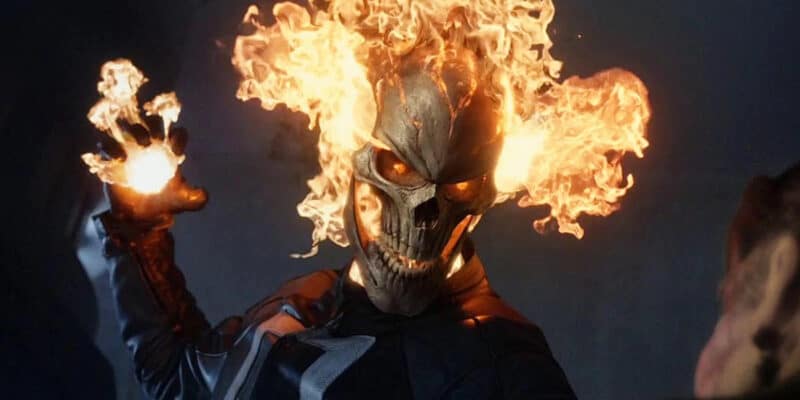 Nicolas Cage wants to be Ghost Rider, but Marvel doesn’t seem interested in having the actor play the iconic super hero.

It’s easy to forget in the early 2000s, the Marvel Cinematic Universe didn’t exist. During this time, fans got Sam Raimi’s Spider-Man Trilogy, the X-Men movies, Fantastic Four movies, and also Ghost Rider (2007). Nicolas Cage played the stunt motorcyclist, Johnny Blaze who ended up selling his soul to the devil.

After the first movie’s success, Cage returned in Ghost Rider: Spirit of Vengeance (2011) which was the last time the actor was the superhero. The sequel received a lot of negative reviews and Sony decided to sell the rights of Ghost Rider back to Marvel.

Ghost Rider then appeared in Agents of S.H.I.E.L.D. as Robbie Reyes (Gabriel Luna). Now that the MCU is adding more supernatural superheroes, fans are wondering when Kevin Feige will announce who the next Ghost Rider will be. Cage wonders the same thing as he confesses in an interview that he hasn’t spoken to Kevin Feige about Ghost Rider:

“That hasn’t happened, but what’s interesting is nobody asked me about going back to Ghost Rider. That was a question that came up, and they weren’t asking about Ghost Rider, they were asking ‘What do you think of the Marvel movies?’ And I gave my opinion about it.”

Cage didn’t share his opinions about the MCU, but he did share that he felt that Ghost Rider was “special” in comparison to the other Marvel super heroes:

“Ghost Rider is an amazing character. I mean, he’s a complicated character. It’s kind of like, how do you tell the story of Faust within the context of that universe? Because it’s a very philosophical character. I think it makes him special from other superheroes.”

While fans don’t know when to expect Ghost Rider to appear, it’s likely that Marvel already has a plan for how to introduce the character. It’s hard to know if Cage is telling the truth as other MCU actors have been known to lie to fans about their involvement with Marvel. As the MCU introduces more supernatural super heroes, Ghost Rider is bound to make an appearance sooner than later.

Do you think Nicolas Cage will reprise his role as Ghost Rider? Let us know what you think in the comments section below!