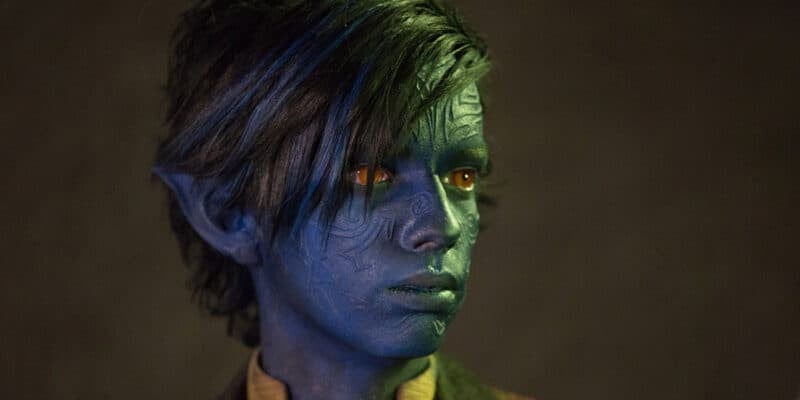 Kodi Smit-McPhee was offered the role of Dmitri Smerdyakov/Chameleon in Kraven the Hunter and reportedly turned it down.

The actor played Nightcrawler in X-Men: Apocalypse (2016) and X-Men: Dark Phoenix (2019). He has also received an Oscar nomination for his role in Power of the Dog (2021) which also stars Marvel alum, Benedict Cumberbatch.

The actor has been very busy and when Sony offered the role to Smit-McPhee, he seemingly had to turn it down due to scheduling conflicts.

Sony has been working hard to build their own universe of antiheroes and villains after the success of Tom Hardy’s Venom (2018) and Venom: Let There Be Carnage (2021).  Jared Leto’s Morbius, for example, is releasing this year on April 1, and Kraven the Hunter is set to release January 13, 2023, with Dakota Johnson joining the Madame Web project which is currently in early development.

Chameleon is a Spider-Man villain who can change his appearance to whoever he wants to look like making it very hard to stop him. The villain has been around a long time since he first appeared in The Amazing Spider-Man: Issue 1 (1963). Not much is known about Kraven the Hunter except that it will star Aaron Taylor Johnson as Kraven and Russell Crowe playing an unknown role.

The report of Kodi Smit-McPhee not being able to join the movie came from a reporter who Tweeted the news:

If you missed it in The Ankler yesterday, Oscar nominee Kodi Smit-McPhee was offered the role of Chameleon in Sony’s KRAVEN THE HUNTER movie but I was told a scheduling issue left unable to pursue it. Stay tuned…

If you missed it in The Ankler yesterday, Oscar nominee Kodi Smit-McPhee was offered the role of Chameleon in Sony’s KRAVEN THE HUNTER movie but I was told a scheduling issue left him unable to pursue it. Stay tuned…

Kraven the Hunter is supposed to be focused on Kraven’s family and Chameleon is his half-brother which would make the shapeshifter a great first antagonist. It would allow Kraven to show off his tracking skills as the Chameleon can disguise himself,  which would create a good dynamic between the brothers if Sony decides to do this. Sony is still looking for someone in their thirties to portray the character.

Kraven the Hunter will, again, release in theaters on January 13, 2023.

Do you think Chameleon will be the antagonist in Kraven the Hunter? Let us know in the comments below!