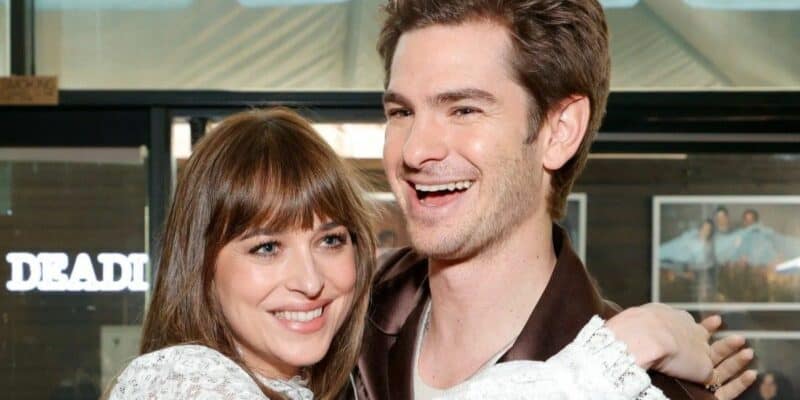 The Marvel Cinematic Universe and Sony Venom-Verse are expanding with each Multiverse Marvel movie. Just like Spider-Man: No Way Home (2021) promised, every Marvel fan will be seeing much more “Spider-People” shortly, and Sony Pictures just tapped 50 Shades of Grey (2015) star Dakota Johnson for the sought-after Madame Web role.

Many names have been drifting through fan castings of the future female Spider-Woman actress, including Selena Gomez and even a recasting of Emma Stone for a live-action Spider-Gwen movie.

But, nobody saw Dakota Johnson coming into the Marvel Universe until now:

Dakota Johnson is entering the Spider-Verse.

Johnson is in talks to play the title character in #MadameWeb, the Sony spinoff centered on the #SpiderMan character

Dakota Johnson is entering the Spider-Verse.

Johnson is in talks to play the title character in #MadameWeb, the Sony spinoff centered on the #SpiderMan character

The Hollywood Reporter has an insider scoop that Sony Entertainment is reportedly eyeing the 32-year-old actresses for a live-action role of Madame Web.

This news comes off the heels of reports that Marvel legend Andrew Garfield is returning to Marvel’s New York for The Amazing Spider-Man 3 and even a Sinister Six solo film.

While many fans are spreading their excitement on social media about this reported Johnson casting, many have pointed out that Dakota Johnson is far too young for the Madame Web role:

Madame Web is an elder woman it is sucks why not a Spider-Woman movie and yes a Madame Web I don't understand.

However, there are two versions of the Madame Web Marvel character: Cassandra Webb (an older Web) and Julia Carpenter (a younger Web).

So, it’s assumed that Dakota Johnson will be playing the younger Madame Web character from recent Marvel comics.

It’s also worthy to point out that the Madame Web figure within the Spider-Verse plays an integral role in Spider-Woman’s story, a character reportedly joining the live-action Marvel Universe soon!

On top of that, Dakota Johnson and Andrew Garfield both appeared in The Social Network (2010). Albeit they didn’t share any lines, the two have a solid friendship outside of Hollywood, making it all the more likely her addition to Sony’s Spider-Man universe will support the return of Garfield’s franchise.

Who Is Madame Web?

According to Marvel Fandom, Madame Web:

Cassandra Webb was born and raised in Salem, Oregon. She was born blind and suffered from a neurological condition known as myasthenia gravis. This however had a side effect: she developed powerful psychic abilities and used them to become a medium.

Madame Web possessed psychic abilities including telepathy, clairvoyance, and prescience. She can also perform astral projection and appear to others in spirit form.

Madame Web plays an integral role in the lives of Spider-Man, the X-Men, Jessica Jones (which means Daredevil!), and more, according to Marvel.com:

Though Cassandra Webb suffered from a lifetime of blindness and many years of neurological deterioration due to myasthenia gravis, she compensated with her profound psychic abilities, establishing herself as a medium. Using these powers, Madame Web discovered Peter Parker’s secret identity when Spider-Man rescued one of her students who had been kidnapped during a scam at the Daily Globe newspaper. Later, Madame Web helped Spider-Man prevent an assassination attempt against a political candidate. When Black Tom Cassidy sent the Juggernaut to kidnap Web so he could use her powers for his criminal activities, she foresaw the attack and called Spider-Man for help. He was unable to stop the Juggernaut, who left Madame Web in a state of severe shock after he unknowingly removed her from her chair, which provided her vital life functions.

Do you want Dakota Johnson to play Madame Web? Let us know in the comments below!