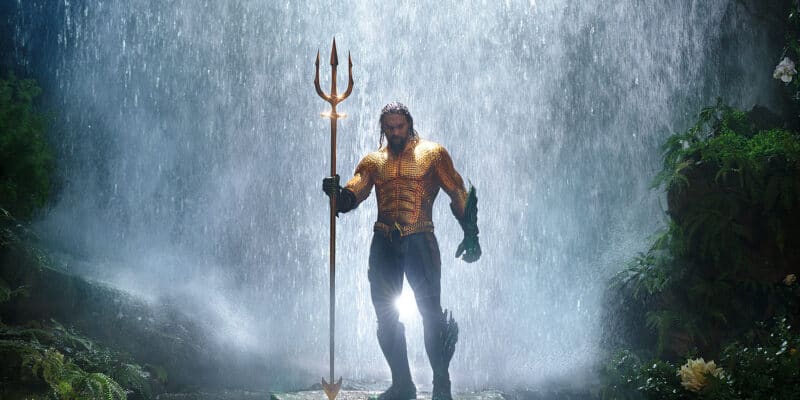 Marvel fans are looking forward to seeing Black Panther: Wakanda Forever which will release in theaters on November 11, 2022. News about the highly anticipated movie is scarce but there are rumors that the new film will be introducing Atlantis alongside Namor, Marvel’s aquatic super hero.

Production halted for two months when Wright sustained an injury on set. Filming had started back up and then was delayed again due to the COVID-19 pandemic.

Reports fromvarious sources have led fans to believe that Black Panther will be introducing Atlantis to the MCU with Namor and other characters from Atlantis in a direct conflict with Wakanda, possibly leading to war.

The inclusion of Atlantis would be big for the MCU in regard to diving into other areas of Earth that haven’t been explored — but fans may easily mistake Namor as Jason Momoa’s Aquaman. On December 16, 2022, DC Comics and Warner Bros.’ Aquaman and the Lost Kingdom is due to hit theaters.

Then, a month later, Black Panther 2 is likely to introduce Atlantis to Kevin Feige’s Marvel Cinematic Universe, as well. One source pointed out:

Marvel Studios has laid the groundwork for Atlantis and Namor to appear in the MCU for years. Iron Man 2 features a S.H.I.E.L.D logo on a map over the ocean. Avengers: Endgame featured a reference to an underwater earthquake, and most recently, the event of Eternals featured the Celestial Tiamut emerging from the Indian Ocean, which likely would have caused a major disturbance to Atlantis

On top of this, Gargantos, a creature set to fight Benedict Cumberbatch’s Doctor Strange in his upcoming sequel, Doctor Strange in the Multiverse of Madness which releases on May 6 in theaters, is a minion of the sorcerer Naga who is one of Namor’s foes in the comics. Doctor Strange is also supposedly going to tease the Defenders, who had Namor as one of the original members of the team.

At the moment, Marvel Studios has been teasing several Avenger-like groups to be created such as the Young Avengers, Thunderbolts, and now the Defenders. If Namor did appear as a likely enemy towards Wakanda, it would be interesting to see Namor interacts with the rest of the world as Eternals has shown that fans don’t like heroes who suddenly decide to act. Thankfully, Namor has plenty of motivation to show up due to Tiamut possibly damaging Atlantis.

Namor is known to be an antihero due to his fierce loyalty to Atlantis and doesn’t share any love for humans. Relations between Wakanda and Atlantis in the comics were tense at points leading to war at several points as Wakanda tends to align with the Avengers while Namor aligns himself with the X-Men as he is considered one of the first mutants in marvel comics. After the events of Black Panther 2, it is very likely that Namor would get his own spin-off movie focusing more on Atlantis and explaining what he has been up to. Since Namor is a mutant it can also be a good tie-in with the X-Men and Namor has teamed up with the Fantastic Four and both of them are entering the MCU very soon.

More on Aquaman and the Lost Kingdom

The official synopsis for the film is:

Aquaman forges an uneasy alliance with an unlikely ally to save Atlantis and the rest of the planet.

Do you think we will see Namor in Black Panther? Let us know in the comments below!