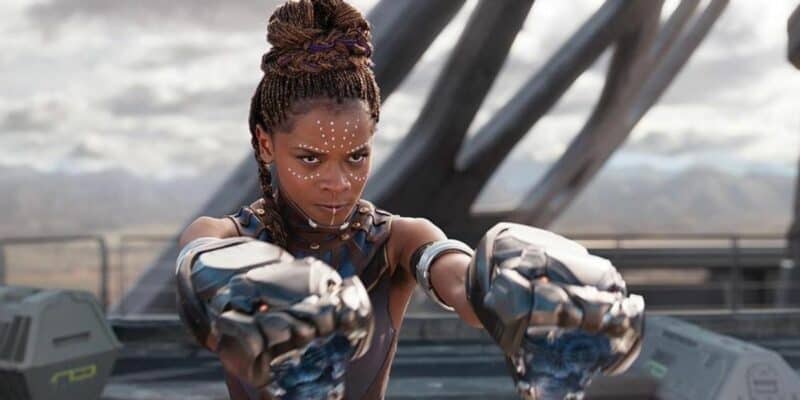 Wright recently made headlines after sustaining minor injuries onset of Wakanda Forever. Thankfully the actress did not sustain significant injuries that delayed filming in Atlanta, Georgia, for the Marvel movie reportedly stayed on schedule.

Now, reports from ScreenRant reportedly suggest that actors from the production of Black Panther: Wakanda Forever state that Letitia Wright is taking an anti-vaccination stand while filming.

However, Wright has not spoken out about this, so we have to take this news with a grain of salt.

The Hollywood Reporter has shared a new report regarding a number of actors who continue to defend their anti-vaccination beliefs on social media and on sets, including Letitia Wright on the set of Black Panther: Wakanda Forever. A source from the film’s set has stated she is expressing views against the COVID-19 pandemics on the Atlanta production, though no word was specified as to whether she received a form of the vaccination for the shoot. The report also reveals that Wright and her U.S. team of representatives parted ways following her posting of a controversial anti-vaccine video on social media in December.

Many actors in Hollywood have voiced their opinions over the COVID-19 pandemic and vaccine, most notable The Mandalorian actress Gina Carano. Of course, everyone has the right to their own opinion, but these topics, in particular, have proven very controversial on social media.

There’s no official article from The Hollywood Reporter that ScreenRant reportedly sourced their information from, so again, every Marvel fan should take this lightly.

A new report states that Letitia Wright is taking an anti-vaccination stance on the set of #BlackPanther: Wakanda Forever.

A new report states that Letitia Wright is taking an anti-vaccination stance on the set of #BlackPanther: Wakanda Forever.https://t.co/GsA6v9YG45 pic.twitter.com/Ivs58AadVA

While some Marvel fans voiced their opinions on someone else playing Black Panther, Marvel is taking source material straight from the comic Black Panther (2008), as Shuri eventually takes her place at the throne of Wakanda after leading a successful attack on Atlantis.

Letitia Wright nor Marvel has not made official comments on these reports at this time.

What do you think will take place in Wakanda Forever? Let us know in the comments below!