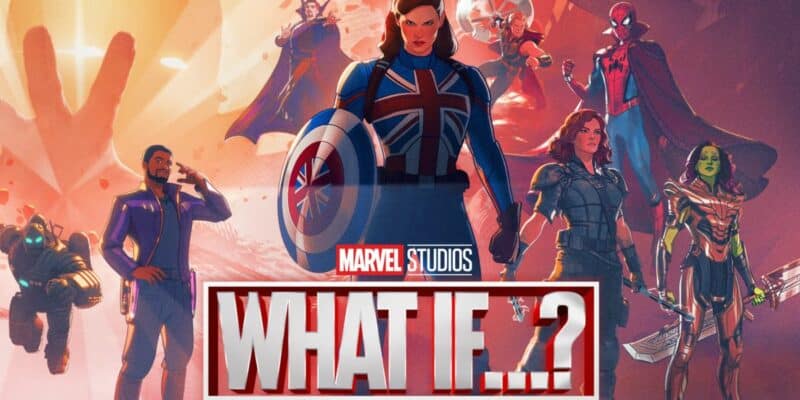 Marvel Studios’ animated series What If…? on Disney+ had fans feeling sentimental when a certain track could be heard during Episode 6 of Season 1.

The track entitled For Chadwick can be heard in the background of Episode 6, which is a bittersweet reminder that Chadwick Boseman will always be the beloved Black Panther. The song was performed and written by Laura Karpman and can be found here. The song can also be streamed on Spotify courtesy of Marvel Music, Inc.

Additionally, Episode 2 of the series entitled “What If… T’Challa Became a Star-Lord?” featured Chadwick’s final appearance as the Black Panther in the Marvel Universe.

As we previously reported, Chadwick Boseman passed away back in August 2020 after a four-year battle with cancer. The actor was a major part of the Marvel Universe, and his movie Black Panther broke numerous records and continues to receive accolades after its release. The film had the biggest February opening of all time, the top-grossing solo superhero film of all time, and the fifth highest opening box office earnings of all time. Black Panther also won three Academy Awards including Best Original Score, Best Costume Design, and Best Production design.

When it was reported that Chadwick would appear again as his beloved character in the new series, fans did not hesitate to voice their happiness on social media platforms celebrating their love for King T’Challa after the episode aired. The series features the storylines of Black Widow, Iron Man, Black Panther, Captain America, and more.

Hearing Chadwick Boseman’s voice on What If…? was emotional. He had a lovely, soothing voice and he highlighted that here with such a wonderful performance. He truly was a remarkable performer taken too soon. Forever our Black Panther. Forever our King.

Hearing Chadwick Boseman’s voice on What If…? was emotional.

He had a lovely, soothing voice and he highlighted that here with such a wonderful performance. He truly was a remarkable performer taken too soon.

TChalla‘s episode of WhatIf is dedicated to the late Chadwick Boseman.

#TChalla's episode of #WhatIf is dedicated to the late Chadwick Boseman. 💜 pic.twitter.com/wy3Bw5ThbS

Chadwick Boseman sat down with CNET back in 2017 for an in-depth interview about the meaning of Black Panther and how he felt this movie and its representation was so important for all viewers.

It pulls from various ideologies. It pulls from the Blacks-in-science idea, from a nationalist idea, it pulls from a collective-world idea. There’s something that will influence people in a particular way. It took all of this time to come to fruition in a larger way, but now the world is right, the world is able to receive that. It’s just a special thing.

When they call you and say, “So you want to play Black Panther?” if you know what Black Panther is, there’s no way in the world you’re going to say no because there’s a lot of opportunity for magic to happen.”

Chadwick Boseman will forever be missed by his family, friends, colleagues and fans across the world. Chadwick brought the world of Wakanda and the spirit of King T’Challa to life, that will be felt for generations to come. As his character said: “In my culture, death is not the end.”

May Chadwick continue to rest peacefully. Did hearing this music during the show make you feel sentimental? Be sure to let us know. Wakanda Forever!

Comments Off on Marvel ‘What If…?’ Episode Features Touching Tribute to Chadwick Boseman