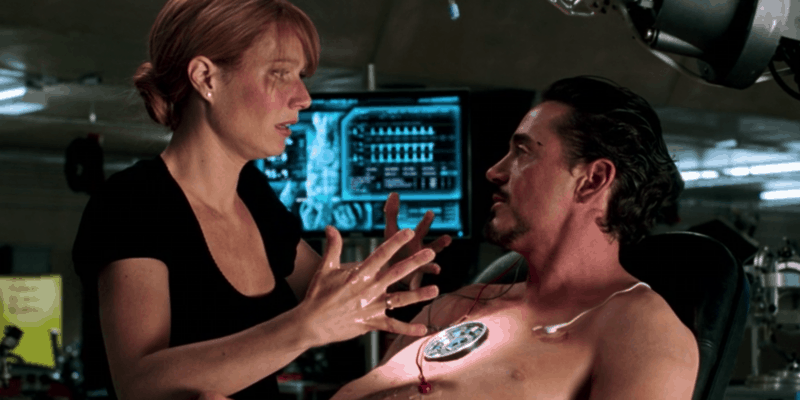 Marvel’s What If…? is dominating Disney+. Offering a fresh take on some of the Marvel Cinematic Universe’s most iconic moments, What If…? explores a different alternate reality each week. From new super-soldiers to nefarious revenge schemes, sorcerer duels to zombies, Marvel’s newest offering in the realm of television is captivating fans.

Interestingly, despite the new animated series being part of the MCU canon, some of the characters we have come to know and love over the past 13 years have been recast for various reasons. And this week’s episode of What If…? proved no different — confirming that two of the oldest characters in MCU history are played by new actors.

With each week comes a new adventure in the alternate reality television show. Based on the Marvel Comics series of the same name, the MCU’s What If…? is commentated by the show’s narrator, The Watcher (Jeffrey Wright), and navigates a new take on the Marvel Universe. Since its inception on August 11, Marvel fans have seen Hayley Atwell‘s Peggy Carter become the new hero, Captain Carter, replacing Steve Rogers AKA Captain America as this alternate universe’s patriotic hero, and the late Chadwick Boseman became the new Star-Lord instead of the Black Panther.

These two new MCU characters seemed to be the headline acts when Marvel Studios debuted its first look at the new series but since then it seems that What If…? may be more pertinent to the future of the MCU than fans first thought. The Earth’s Mightiest Heroes including Thor (Chris Hemsworth), Black Widow (Lake Bell), Hawkeye (Jeremy Renner), and Bruce Banner/Hulk (Mark Ruffalo) succumbed to a hidden threat, and Doctor Strange (Benedict Cumberbatch) was split in two after trying to save the love of his life, Dr. Christine Palmer (Rachel McAdams).

Now, this latest episode of the comic book series sees Michael B. Jordan’s Killmonger rescue Tony Stark in an alternate reality where Stark is saved instead of captured, as he was at the start of Jon Favreau’s Iron Man (2008). The first-ever MCU film is highly regarded in comic book movie history, not only for its launching of the MCU as we know it but also for introducing Robert Downey Jr. as the eponymous, loveable yet roguish hero.

In What If…?, Downey Jr. has been replaced by Mick Wingert as the voice of Tony Stark/Iron Man. This is not surprising considering Downey Jr. has said his time with the MCU is up, but this week saw two other historic Iron Man characters replaced by new actors in What If…?

Following a mid-season, sneak peek trailer of the future of What If…?, Marvel gave another snapshot look at the character of Pepper Potts teaming up with Shuri (played here by Ozioma Akagha, not Letitia Wright) following an equally quick moment in the original What If…? trailer earlier this year. While fans knew that Pepper Potts — played in the MCU live-action universe by Gwyneth Paltrow — would star in the animated series, the future wife of Tony Stark is being portrayed, not by Paltrow, but by Beth Hoyt.

The Dead To Me and Better Call Saul alum is also joined by Kiff VanderHuevel — a veteran actor and voice actor who has appeared in many television shows, movies, and video games since the early 2000s — as Iron Man villain, Obadiah Stane. Stane was played by Jeff Bridges in the MCU’s earliest movie offering, going on to create his own Iron Man suit and battling the future Avenger to his own death in the final battle of the film.

It is not unusual that Marvel has recast these early Iron Man stars despite their involvement being a historic part of the success of Kevin Feige’s Marvel Cinematic Universe. While Bridges never returned in the MCU, Paltrow went on to star as Pepper Potts in the Iron Man sequels, Iron Man 2 (2010), Iron Man 3 (2013), The Avengers (2012), Spider-Man: Homecoming (2017), Avengers: Infinity War (2018), and Avengers: Endgame (2019).

There has never been a confirmed reason as to why some actors have been recast. Director Bryan Andrews alluded to scheduling conflicts as a possibility as to why actors like Tom Holland (Peter Parker/Spider-Man) and Brie Larson (Carol Danvers/Captain Marvel) have been replaced. However, Drax the Destroyer actor, Dave Bautista, revealed he was never asked to join the new MCU series.

What If…? has been confirmed for a second season. You can watch the full mid-season trailer here.

Are you watching What If…? Let us know in the comments!