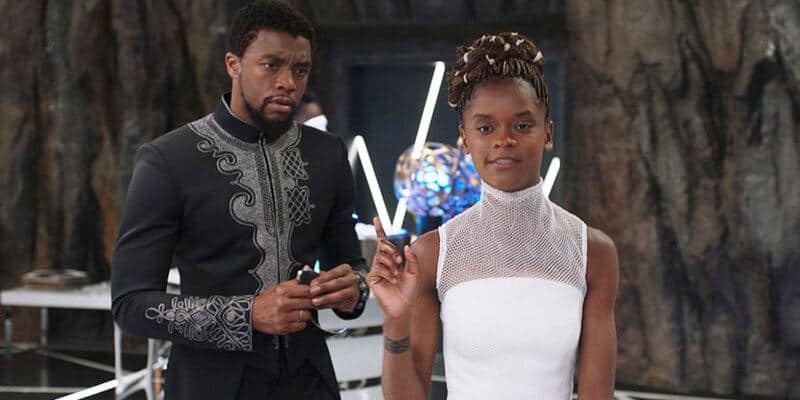 We have been living in a pandemic world for over a year and a half, and there is now a heated debate between those who believe in vaccine mandates and those who do not. Some companies are even requiring their employees to be vaccinated if they wish to continue working for the company. Disney recently became one of those companies when they made agreements with multiple unions to agree that a majority of Cast Members would be required to be vaccinated.

Some people are more vocal than others on how they feel about vaccine mandates and, on October 6, The Hollywood Reporter came out with an article that claimed Black Panther: Wakanda Forever star Letitia Wright was being incredibly outspoken about her opposition to the vaccine and vaccine mandates while she is on set. The Hollywood Reporter stated that the information had come from a source who was also on set.

A number of performers, from Rob Schneider (now shooting Netflix’s Home Team) to Letitia Wright (filming Marvel’s Black Panther: Wakanda Forever) have shared anti-vaccine positions on social media. In Wright’s case, a set source says she has espoused similar views about the COVID-19 vaccines on the Atlanta production. The British actress quietly parted ways with her entire U.S. team of representatives in the wake of a backlash over posting a controversial anti-vaccine video in December.

Well, now Letitia Wright is speaking out and calls the accusations “completely untrue”. Wright shared a statement on her Instagram and directly named The Hollywood Reporter in her statement.

God bless you all.

It saddens me to have to address the reports published by The Hollywood Reporter on October 6th 2021. The report spoke about my conduct on the set of black Panther 2. I honestly assert that this was completely untrue.

Anyone who knows me or has worked with me, knows that I work incredibly hard at my craft & my main focus is always to do work that’s impactful and inspiring. That has been & will continue to be my only focus.

I will continue to hold onto Gods hands, and onto the scripture of Isaiah 54:17.

I continue to focus on my healing. Thank you for your prayers.

And I continue to pray for Gods love, peace & joy for you all.

While Wright does claim that she did not share her views on vaccination while on set, she does not say what her views are. She also does not say whether or not she has been vaccinated. The Hollywood Reporter article did state that, beginning in October, Disney would require all cast and crew to show proof of vaccination, but sets like Black Panther: Wakanda Forever would be exempt as filming started before the mandate went into place.

At the time of publication, The Hollywood Reporter has not made a statement regarding Wright’s Instagram post.

What do you think of Letitia Wright’s statement? Let us know in the comments!