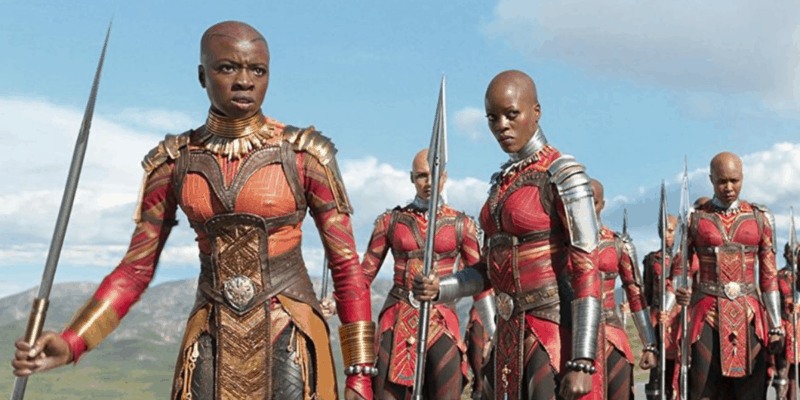 Since the death of Black Panther (2018) star Chadwick Boseman, Marvel fans have speculated on which characters will fill that void in director Ryan Coogler’s sequel, Black Panther: Wakanda Forever (2022). According to reports, a pivotal LGTBQ relationship will be explored as an integral part of the storyline for Black Panther 2.

Black Panther became a cultural phenomenon following its premiere in 2018, as critics and fans celebrated the first black lead in a Marvel Cinematic Universe film. The diverse cast and crew created an amazing pop culture moment that did the complex King T’Challa character — and his Afrofuturistic nation of Wakanda — justice.

Marvel Studios and President Kevin Feige have sworn a commitment to diversity in the storytelling of Phase 4 and beyond. Shang-Chi and the Legend of the Ten Rings made history — and big bucks at the box office — with the first Asian superhero and predominantly Asian cast to front a Marvel film.

The Disney+ series Loki excited fans eager for a more diverse MCU as Tom Hiddleston’s Loki was confirmed to be an lgbtq+ character — gender fluid and bi-sexual. Though some prominent critics felt Loki didn’t go far enough for queer representation to tell a truly well-rounded LGBTQ+ story. Indeed, Marvel Studios has been criticized for some time for its lack of prominent queer characters.

Now, according to a leak from reputable insider Murphy’s Multiverse (per Inverse), Black Panther 2 will highlight a Lesbian romance as part of the film’s narrative. The multi-talented star of HBO’s I May Destroy You, Michaela Coel was cast in July in an unnamed role for the Black Panther sequel. Some Marvel fans have opined that Coel will take on the role of X-Men character — and Marvel Comics wife to T’Challa — Storm. However, according to the latest leak, Michaela Coel will portray a character named Aneka in the film.

In a notable storyline from Marvel Comics, Aneka was romantically involved with another member of the Dora Milaje — Ayo. Marvel fans will recognize Ayo (Florence Kasumba) as the Wakandan warrior that had a prominent part in the Disney+ series, The Falcon and the Winter Soldier.

In Falcon and the Winter Soldier, Ayo was depicted as befriending Bucky Barnes (Sebastian Stan) during his Winter Soldier rehabilitation in Wakanda. She also butted heads with the “White Wolf,” as she hunted escaped super villain Baron Helmut Zemo (Daniel Bruhl) who had been working with the eventual new Captain America, Sam Wilson (Anthony Mackie) and Bucky Barnes.

If the latest Black Panther sequel casting rumor proves to be true, then Marvel fans could be treated to more screen time from the dynamic Ayo actress, Florence Kasumba opposite powerhouse performer and creator Michaela Coel in a truly historic exploration of an LGBTQ+ relationship. As Marvel Studios makes queer representation a priority in Phase 4, an honest depiction of a Lesbian couple on film in the Marvel Cinematic Universe is surely a welcomed addition to the future of the MCU.

Related: ‘Black Panther 2’ Going Forward Without “Glue That Held It Together”

Are you excited to see the Dora Milaje take on a bigger role in Black Panther: Wakanda Forever (2022)? Let us know in the comments!