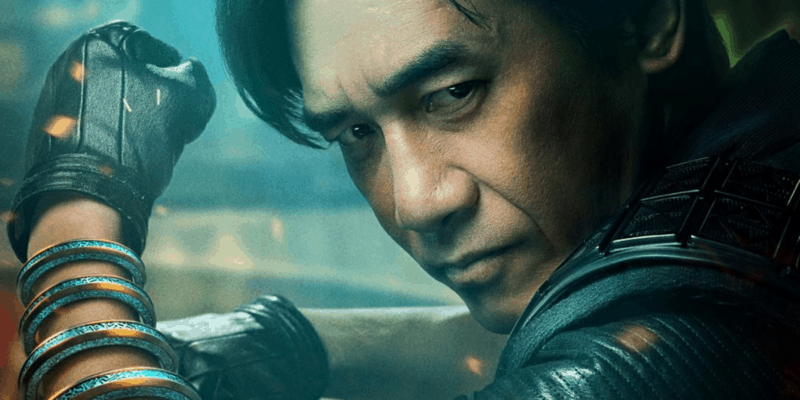 Legendary Marvel Comics villain the Mandarin was teased as the primary antagonist of Tony Stark in the Marvel Phase 2 film, Iron Man 3. However, that didn’t exactly work out the way Marvel fans expected. The real Mandarin will finally get a proper introduction to the Marvel Cinematic Universe in the upcoming Phase 4 film, Shang-Chi and the Legend of the Ten Rings, premiering in theaters September 3, 2021.

Though, fans shouldn’t expect a completely faithful Marvel comic book adaptation for the iconic Iron Man archenemy. Marvel Studios has a plan for actor Tony Leung’s Mandarin in Shang-Chi that’s informed by the comic book history of the character while rewriting some of the Mandarin’s complicated mythos. Who is the Mandarin in the MCU?

First introduction of the Mandarin in the Marvel Cinematic Universe

Who is the Mandarin in the MCU?

In the runup to the release of the film, all the marketing for Iron Man 3 suggested that acclaimed actor Sir Ben Kingsley would be portraying the iconic Marvel Comics villain, the Mandarin. However, as Tony Stark sniffs out by the end of Iron Man 3‘s second act, the man claiming to be the Mandarin was in truth just a spacey actor named Trevor Slattery (Ben Kingsley), who had been portraying the Mandarin as a ruse.

Trevor Slattery’s role was a wholesale misdirection, concealing the true villain of Iron Man 3, Aldrich Killian (Guy Pearce) — who was also not the real Mandarin. The infamous reveal certainly divided many Marvel movie fans and confused perhaps many more.

Shang-Chi and the Legend of the Ten Rings (2021) introduces an entirely new hero — and the true Mandarin — to the Marvel Cinematic Universe, while also connecting with the MCU’s origins. According to Marvel Studios boss Kevin Feige, the subtitle of the Shang-Chi movie is quite intentional. Speaking to Rotten Tomatoes, Kevin Feige commented on the connectivity between Shang-Chi and Iron Man, saying,

“That’s what’s fun about the MCU at this stage. We can do something like ‘Shang-Chi,’ introducing a brand-new hero into the MCU and into the world at large. But that subtitle, The Legend of the Ten Rings , actually connects it back to the very beginning of the MCU, the Ten Rings being the organization that kidnapped Tony Stark at the very beginning of Iron Man one. And that organization was inspired by a character called the Mandarin in the comics.”

Just because neither Trevor Slattery nor Aldrich Killian was actually the Mandarin, that doesn’t mean that the Ten Rings organization was also a gambit. In Shang-Chi and the Legend of the Ten Rings, Marvel Studios aims to give the Mandarin a proper introduction. In this film, the character portrayed by Tony Leung will be given depth– and plenty of screen time — as not only the powerful leader of the Ten Rings organization but as the father Shang-Chi (Simu Liu).

What powers does Mandarin have?

A supergenius with a gift for strategy, possessing peak-human abilities in virtually all forms of martial arts and hand-to-hand combat, the Mandarin is a  powerful being even without any form of enhancement. In the Shang-Chi trailers and marketing, the Mandarin (Tony Leung) is shown to be in possession of some or most of the titular Ten Rings, or “Ten Rings of Power,” which grant him superhuman abilities with alien mystic arts.

Eagle-eyed Marvel Comics fans noted that the Shang-Chi trailer offers a glimpse of a dragon in an underwater action sequence. It’s generally assumed that this dragon is a Makluan — a member of a race of giant alien dragons. Notorious comics villain Fin Fang Foom is a Makluan. In the comics, the Ten Rings of Power are brought to earth in a fallen Makluan spacecraft and each ring possesses a unique ability:

When did the Mandarin first appear in the Marvel Cinematic Universe?

Skills of the Mandarin in the Marvel Cinematic Universe

How powerful is the real Mandarin in the MCU?

The Mandarin of Marvel Comics was known primarily as a chief rival of Iron Man, as well as the Avengers. The comics version of Mandarin is a brilliant tactician and brutally efficient evil genius, with his peak-human martial arts abilities enhanced by the alien technology of the Ten Rings of Power. According to the Marvel Studios camp, audiences can expect a fresh take on the classic villain in the Shang-Chi movie. Tony Leung will play Wenwu AKA the Mandarin as the leader of the Ten Rings organization — a global terrorist cabal established within the Marvel Cinematic Universe way back in Iron Man (2008). Tony Stark (Robert Downey Jr.) was abducted by militants associated with Ten Rings, which directly led to the origin of Iron Man.

“I think people hear ‘the Mandarin’ and expect a very specific kind of thing, and that may not be the thing they’re getting. They’re hopefully getting a more complex and layered take on the character than that name would lead you to.”

What organization is Mandarin the leader of and what are its implications for the MCU?

One major way the Mandarin of the Marvel Cinematic Universe will differ from his Marvel Comics counterpart is his familial tie to Shang-Chi (Simu Liu). In the pages of Marvel Comics, the kung fu master Shang-Chi was originally the son of notorious pulp villain Fu Manchu. Fu Manchu and his problematic depiction as an Asian stereotype have been rightly scrubbed from the MCU. However, some connective tissue will remain between Fu Manchu and Tony Leung’s Mandarin. Fu Manchu, in the comics, ran a criminal syndicate known as the Five Weapons Society. Shang-Chi came to realize the depth of the Fu Manchu’s evil enterprise, bringing him into conflict with his father and the Five Weapons Society. Based on what we know about the Shang-Chi Marvel movie thus far, it appears as if the Ten Rings organization will be taking the place of the comics’ Five Weapons Society in the MCU, just as the Mandarin replaces Fu Manchu as the Shang-Chi’s father.

What were the skills of the fake Mandarin in the MCU?

Trevor Slattery (Ben Kingsley) is known by Marvel fans as the fake Mandarin from Iron Man 3. A washed-up actor, struggling with substance abuse and money woes, Slattery was enlisted by Aldrich Killian (Guy Pearce) to pose as the head of the Ten Rings organization — taking responsibility via pre-recorded videos for terrorist attacks that were, in reality, failed experiments with Killian’s Extremis virus.

Trevor Slattery was propped up as a terrorist mastermind and embodied the part as a desperate — if effective — actor. Slattery possessed no specialized skills and had little to no interest or knowledge of Killian’s plans or the real Ten Rings organization.

Goal of the Mandarin in the MCU

As Wenwu, Tony Leung will bring the true Mandarin to the Marvel Cinematic Universe in Shang-Chi and the Legend of the Ten Rings (2021). The leader of the villainous international Ten Rings organization, Wenwu trains his son Shang-Chi to be a kung fu martial arts master and seeks to develop his acumen for eventually taking over the Ten Rings syndicate. In the events of the film, Shang-Chi eventually separates from Wenwu, eschewing his destiny as the Ten Rings heir apparent in favor of a new life in the West. A decade later, Shang-Chi learns he is unable to avoid his family history and must confront the Mandarin.

This storyline diverges from the Marvel Comics depiction of the Mandarin in an important way — one that rejects the racial stereotypes that were unfortunately commonplace in the original Shang-Chi era comic books of the late 1970s through the 1980s. Fu Manchu — a pulp character Marvel licensed during that era — especially embodies many of the offensive Asian stereotypes that Marvel Studios is proactively rebuking with the Mandarin’s new backstory. As reported by Variety, speaking to a Chinese blog Sina Weibo, Marvel Studios president Kevin Feige directly addressed the Fu Manchu character as relates to the upcoming Shang-Chi film, saying,

Why does the Mandarin hate Iron Man?

The Mandarin of Marvel Comics is the arch-nemesis of Iron Man. Over the years, the mastermind martial arts expert has come into conflict countless times with Tony Stark and his Iron Man alter-ego. Mandarin was originally created as something of a black mirror to Tony Stark’s Iron Man — a wealthy Western technologist with a complicated relationship to the U.S. military-industrial complex. The Mandarin of the early comics was depicted as a mystic Chinese martial arts master who was much less conflicted about his goals to interfere in world affairs. These contrasting world views have been the main driver of the Marvel com Iron Man and Mandarin rivalry for decades.

Why Marvel waited to bring the real Mandarin into the MCU

Why did Marvel avoid using the real Mandarin in Iron Man 3?

Marvel boss Kevin Feige has said that he agreed to allow Shane Black to use the legendary Mandarin name as a powerful misdirection in Iron Man 3, while knowing that the Marvel Cinematic Universe would debut the true Mandarin in a future film. According to Feige, Marvel Studios wanted to d0 the real Mandarin character “supreme justice” in a project with space to cover the complexity of the Mandarin. Feige explained to Rotten Tomatoes that an Iron Man sequel was not the right moment for a legend of the Mandarin’s stature, saying,

Why is the Mandarin so important in the Marvel Universe?

Following the events of Avengers: Endgame (2019) and the end of Marvel’s Phase 3 with Spider-Man: Far From Home (2019), Marvel Studios positioned itself for the next generation of stories. With the death of Tony Stark and Black Widow (Scarlett Johansson), the retirement of Steve Rogers (Chris Evans) as Captain America and a major shift in the MCU status quo, Marvel’s Phase 4 schedule is set to unleash many new characters while featuring supporting character fan-favorites in lead roles. Shang-Chi and the Legend of the Ten Rings (2021) is Marvel’s first feature since the pandemic to move beyond the events of Endgame. Much of the success of Phase 4, could depend on the theatrical performance of Shang-Chi.

Although Shang-Chi and Mandarin are being introduced for the first time in the Marvel Cinematic Universe, the characters’ ties to the MCU’s origins and the uber-popular Iron Man franchise are key elements in hooking audience interest in these new characters and stories. As things continue to develop with the now unchecked Multiverse first set up in the Disney+ series Loki, and ready to be further explored in Spider-Man: No Way Home (2021), Doctor Strange in the Multiverse of Madness (2022), and the Disney+ series What If…?, Marvel fans are learning that there are endless possibilities for storylines in the Phase 4 Marvel Cinematic Universe.

Are you ready to meet the real Mandarin in Marvel’s Shang-Chi and the Legend of the Ten Rings? Let us know in the comments!