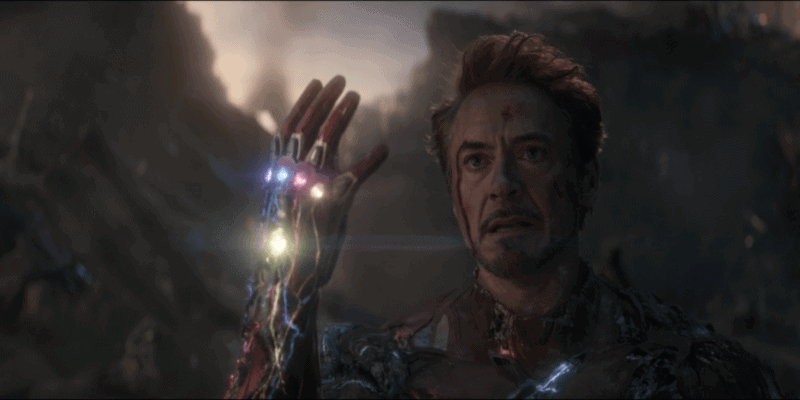 The latest Marvel movie, Shang-Chi and the Legend of the Ten Rings, is due to hit theaters for its 45-day run on September 2, 2021.

Although this will be Shang-Chi’s (Simu Liu) MCU debut, the Ten Rings organization has been mentioned in Kevin Feige’s Marvel Cinematic Universe before — namely when back in the very first official MCU movie, Iron Man (2008).

The film, which featured Robert Downey, Jr.’s debut as Iron Man/Tony Stark, remains a fan-favorite and launched the Marvel Cinematic Universe as we know it today.

The elusive Ten Rings group actually made a second pseudo-appearance in the Iron Man trilogy, when the Mandarin is mentioned in Iron Man 3. Although the “Mandarin” character in the third Iron Man outing turns out to be a fraud, it seems that we will actually see the real deal in Shang-Chi — in the form of Shang-Chi’s father, Wenwu (Tony Leung).

Now, Shang-Chi and the Legend of the Ten Rings director, Destin Daniel Cretton, has confirmed that Iron Man will be connected to the storyline in the newest addition to the MCU film catalog:

Although RDJ has made it abundantly clear that his time in the MCU is over — even infamously unfollowing all of his Avengers: Infinity War (2018) and Avengers: Endgame (2019) costars on social media — it’s good to know that Marvel Studios is still committed to connecting the dots from the original Iron Man movies in its upcoming Phase 4 movie.

And, with the official introduction of the Marvel Multiverse in Owen Wilson and Tom Hiddleston’s Loki, who knows what could be in store for the Iron Man character moving forward?

2008’s Iron Man tells the story of Tony Stark, a billionaire industrialist and genius inventor who is kidnapped and forced to build a devastating weapon. Instead, using his intelligence and ingenuity, Tony builds a high-tech suit of armor and escapes captivity. When he uncovers a nefarious plot with global implications, he dons his powerful armor and vows to protect the world as Iron Man.

Are you looking forward to seeing how the MCU continues to connect to Iron Man even after Tony Stark’s death?