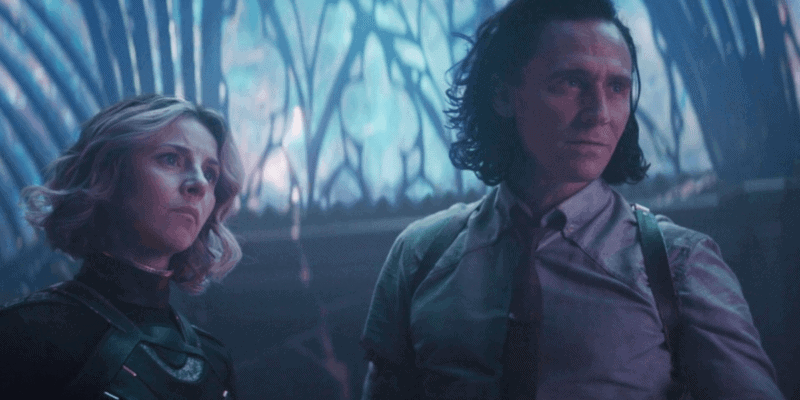 Award-winning creator of Queer as Folk and former Doctor Who head writer Russell T. Davies is concerned about what passes for LGBTQ+ representation in storytelling in the age of streaming. Davies feels that popular series like Marvel’s Loki don’t go far enough to tell LGBTQ+ stories — saying the reveal of Loki’s bisexuality was a “pathetic” attempt at authentic queer representation.

In the Multiverse upending series, Loki, Marvel fans noted that Loki’s gender was listed in a Time Variance Authority (TVA) dossier as “fluid” — confirming the character’s suspected gender fluidity within the Marvel Cinematic Universe. In Marvel Comics, and even Norse mythology, Loki’s gender fluidity and bisexuality were long settled.

In the third episode of Loki Season 1, “Lamentis,” Loki (Tom Hiddleston) and Loki variant Sylvie (Sophia Di Martino) get to know each other by conversing about their romantic pasts. Sylvie coyly implies that Loki surely had been fond of “would-be princesses or perhaps, another prince.” Loki responds, “a bit of both,” signalling to audiences that he is bisexual.

Marvel, often criticized for lack of LGBTQ+ representation, was largely praised for officially including this detail in the Marvel Cinematic Universe. However, Doctor Who‘s Russell T. Davies was quick to point out that audiences shouldn’t rejoice at the mere mention of bisexuality. He argues that true queer representation would encompass telling more “vital” stories.

Speaking at a Pride month panel with Swansea University, as reported by PinkNews, Davies slammed Disney and Marvel Studios for wanting “gay stories” without any real depth, saying,

“I think huge clanging warning bells are ringing as the giants rise up with Netflix and Disney+ especially. I think that’s a very great worry. Loki makes one reference to being bisexual once, and everyone’s like ‘Oh my God, it’s like a pansexual show!’ It’s like one word. He said the word ‘prince’ and we’re meant to go ‘Thank you, Disney! Aren’t you marvelous?’ It’s a ridiculous, craven, feeble gesture towards the vital politics and the stories that should be told.”

Davies is well-known in the creative community as a champion of LGBTQ+ storytelling. His 1999 television drama Queer As Folk is widely recognized as a pioneering series in the queer community. Davies also famously rebooted the Doctor Who franchise in 2005.

Marvel boss Kevin Feige has publicly committed to portraying more diversity in the Marvel Cinematic Universe. The MCU’s next big Disney+ property is the animated series What If…? that explores alternate timeline versions of popular Marvel characters throughout the Multiverse.

What did you think of Loki’s bisexuality reveal? Let us know in the comments!