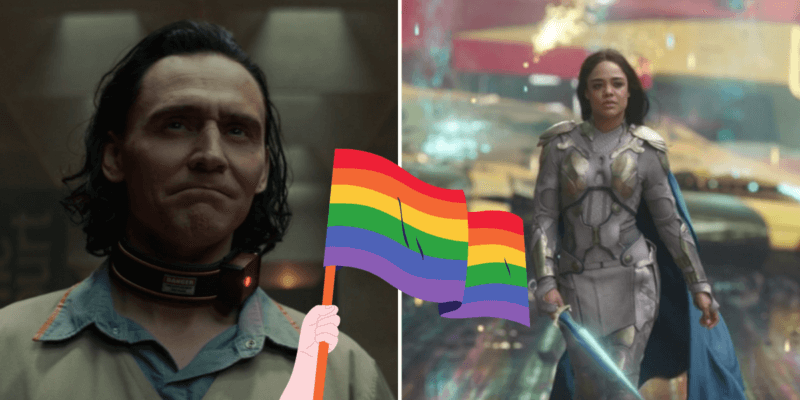 Kevin Feige’s Marvel Cinematic Universe continues to grow, and with growth comes new stories from new characters — and that’s not to mention the behind-the-scenes action, with each future project enlisting new voices from a varied slate of writers and directors.

Where Marvel has seemingly been slow on the uptake, is that of telling diverse stories in the form of LGBTQ+ representation. In fact, until recently the MCU had zero confirmed canon LGBTQ+ characters. Now, Marvel no longer seems to be tight-lipped about what the future looks like for LGBTQ+ representation moving forward.

The Marvel Cinematic Universe began all the way back in 2008 with Jon Favreau’s Iron Man. Since then the Marvel Studio has gone on to deliver a gigantic slate of blockbuster movies like Black Panther (2018), Avengers: Infinity War (2018), and Captain Marvel (2019) — with this year also seeing the introduction of the small-screen portfolio and the latest addition to the MCU, Black Widow (2021). It is in one of these Disney+ television series, however, that the MCU just made one of its characters canonically LGBTQ+.

Kate Herron’s Loki revealed that the God of Mischief is bisexual in the MCU canon during an intimate conversation with his new accomplice, Sylvie (Sophia Di Martino). The moment marked a huge milestone not just for the character, and those who he represents, but also for the greater Marvel Universe.

Back in 2019, another Asgardian character was confirmed as LGBTQ+. Tessa Thompson’s Valkyrie first appeared in Taika Waititi’s Thor: Ragnarok (2017) and while it was hinted that Thompson’s warrior was potentially LGBTQ+, Kevin Feige only confirmed two years later that the character’s queerness would be represented later down the line — most likely, in Waititi’s follow-up, Thor: Love and Thunder (2022).

That being said, Chloé Zhao’s Eternals (2021) will showcase the MCU’s first openly gay character in the form of Phastos (Brian Tyree Henry). The character will be married and have a family, which is sure to be a huge step forward for LGBTQ+ representation in big films like those from Marvel Studios. In fact, Marvel has just spoken on what the future looks like from this point of view.

“We will empower those that are. We’re not changing anything. We’re just showing the world who these people are, who these characters are…There’s a lot that we have coming up that I think will be representative of the world of today. We’re not going to nail it in the first movie or the second movie or third movie, or the first show or second show, but we will do our best to consistently try to represent.”

On the reveal of Loki’s canon bisexuality, the VP had this to say:

“I have to be honest with you, it’s not a big deal,” she said. “It is what it is when it suits the character. We’re not going to do it because it’s politically correct or incorrect. It is what it is. Don’t forget, we follow our comics. We try to follow them quite to the tee. So in the comics this is who he was.”

Based on Alonso’s comments — that Marvel will look to the comics in order to establish LGBTQ+ representation on-screen — will the studio practice what they preach?

America Chavez AKA Miss America is a lesbian superhero in Marvel Comics and will be making her live-action debut in Doctor Strange in the Multiverse of Madness (2022) played by Xochitl Gomez, but if Marvel brings the character’s queerness to the Doctor Strange sequel is anyone’s guess.

Then there’s Billy Maximoff AKA Wiccan, the magical son of Wanda Maximoff/Scarlet Witch, who fans have been introduced to in WandaVision. If an older version of Wiccan appears somewhere down the line in the MCU then this gay comic book character could have his day on the big (or small) screen.

Are you happy that Marvel is striving to include more LGBTQ+ representation in its projects? Let us know in the comments!