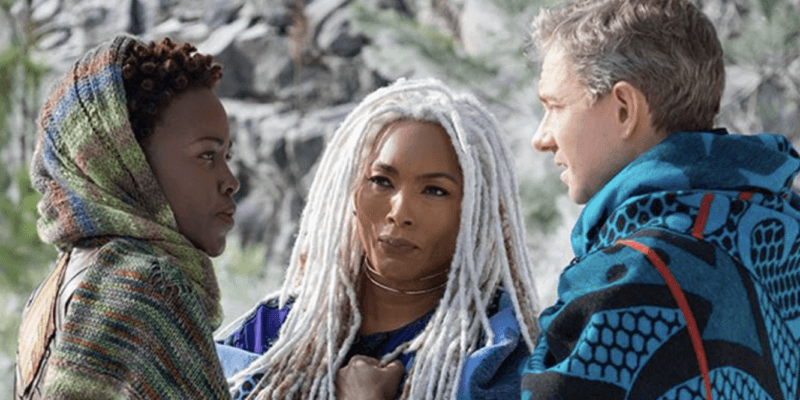 When Marvel movie star Chadwick Boseman unexpectedly passed away in 2020 following a secret battle with colon cancer, Marvel fans and his fellow cast members alike were shocked. The seemingly full-of-life actor was best known as T’Challa/Black Panther in the standalone film Black Panther (2018) and the Marvel Studios Avengers franchise.

Now, Black Panther actor Martin Freeman has spoken out about Black Panther 2 (2022), in which he will be reprising his role as Everett K. Ross. On The Late Late Show With James Corden, Freeman shared:

“It’s a very strange thing. When Chadwick passed last year, after the initial shock of that, it was an appalling thing to find out. The next thing was, ‘Well, I guess that film can’t happen.’ Marvel came to us reasonably shortly afterwards and said, ‘Look, obviously this is a dreadful thing but we’re going to go on.’ That was the plan from a while ago. Obviously, the hope is we do the first film justice and we do Chadwick’s legacy on it justice and make hopefully another good film.”

Previously, Black Panther 2 director Ryan Coogler spoke out about continuing to make the Marvel Cinematic Universe sequel movie without Boseman, noting that production was happening “without the glue that held it together.”

Marvel President Kevin Feige and others, such as actress Angela Bassett, have made it clear that T’Challa will not be recast — many believe that Shuri (Letitia Wright) will take up the mantle, though this has not been confirmed.

During his recent Late Late Show appearance, Freeman also shared some thoughts about the Black Panther 2 script, and how the upcoming Marvel movie might be perceived by MCU fans:

“I had a Zoom call with Ryan Coogler, the director and co-writer about seven or eight weeks ago, I suppose. He sort of meticulously took me through all of my character’s beats in the film. He took me through the film, but incorporating my character’s beats. Some of it was very odd, and I think he could see from the reaction on my face to some of the things he was saying [laughs]. He kept sort of stopping, and he kept going, ‘Stay with me, but this is going to work.'”

“People are gonna be in for a treat…we’ve not done it yet [filmed the movie], who knows, we might make it awful, but I’m hoping we won’t.”

At this time, the exact plot of Black Panther 2 is being kept under wraps. The film is set to debut on July 8, 2022. Per IMDb, it will also feature Lupita Nyong’o reprising as Nakia and Winston Duke as M’Baku. Danai Gurira is currently rumored to be appearing as Okoye.

Wakanda Forever! Are you looking forward to the second installment in the Black Panther franchise? What do you want to happen to Letitia Wright’s Shuri?