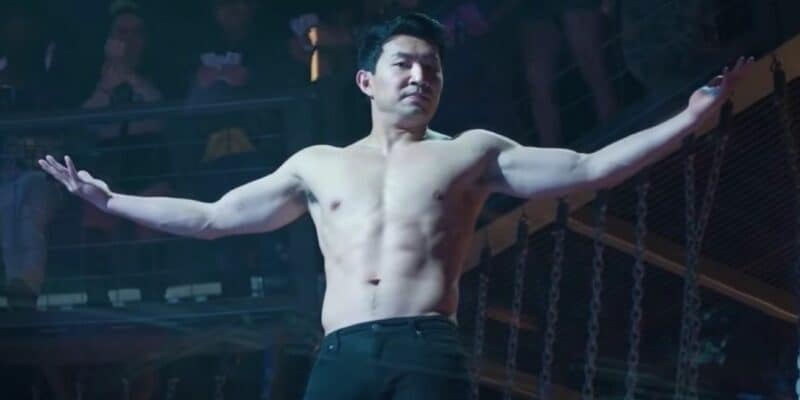 Simu Liu leads the cast of Marvel’s Shang-Chi, and The Legend of the Ten Rings (2021) as the Marvel movie breaks all-time Labor Day box office records. The newest Avenger recently took to Instagram to mock YouTubers that thought Shang-Chi would be a box-office flop.

Marvel’s latest movie, Shang-Chi and the Legend of the Ten Rings, opened September 3, 2021, kicking off a 45-day theatrical run before the film would go to Disney+ Premier Access. Shang Chi — which was predicted to only gross $3o million over Labor Day weekend — earned over $70 million.

With the film breaking previous Labor Day weekend records, a sequel to Shang-Chi has been seemingly greenlit by Marvel boss Kevin Feige, according to director Destin Daniel Crettin. Many indications suggest that the newest Avenger is helping lead Marvel’s Phase 4 both storywise and economically.

The actor also hilariously posted this old stock image of himself on Twitter, along with the caption:

Me laughing at the people who thought we’d flop

Me laughing at the people who thought we’d flop pic.twitter.com/7UoLqRXlCJ

Simu Liu manifested his Marvel role years ago and has been incredibly open about his gratitude to Marvel and every Marvel fan that has welcomed Shang-Chi, Katy (Awkwafina), and the Ten Rings as a part of the Marvel Universe.

The Marvel Cinematic Universe is ever-expanding. The Marvel collection is increasingly growing with variants of iconic characters with the multiverse being awakened in Marvel’s New York thanks to Doctor Strange (Benedict Cumberbatch) and Peter Parker (Tom Holland).

The official description of Shang-Chi and the Legend of the Ten Rings reads:

Shang-Chi‘s success is a huge win for Marvel after the controversial release of Black Widow in theaters and on Disney+ simultaneously. The movie’s success also indicates Spider-Man: No Way Home could gross upwards of $1 billion in a post-pandemic world.

Simu Liu isn’t done sharing his gratitude on social media, and fans are excited to see what’s next for the Avenger. The Eternals (2021), Spider-Man: No Way Home (2021), and Doctor Strange in the Multiverse of Madness (2022) continue to set the stage for an all-new Marvel Cinematic Universe.

What did you think of Shang-Chi and the Legend of the Ten Rings? Let us know in the comments below!