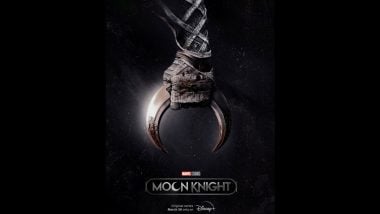 One of the stars of Marvel Studios’ new Moon Knight series has tragically passed away in a skiing accident.

The Cesar-winning actor was hospitalized Tuesday after suffering a head injury and did not recover, the actor’s family and local agent have said. He was transported by helicopter to a hospital in Grenoble following a collision on the slopes in the Savoie region.

Star Wars sequel trilogy alum Oscar Isaac is set to star as Marc Spector/Moon Knight in the Marvel Cinematic Universe series, which is due to release in March 2022.

It is not known if Ulliel’s character was set to recur should Moon Knight be renewed for a second season.

Marvel recently released the first trailer for Moon Knight. The official description of the series reads:

Moon Knight is expected to be grittier than other MCU Disney+ Original series so far, although Jeremy Renner and Hailee Steinfeld’s Hawkeye opened the door for a more “street level” Marvel Cinematic Universe than we’ve seen in recent years.

You can watch the full Marvel Studios’ Moon Knight trailer below: