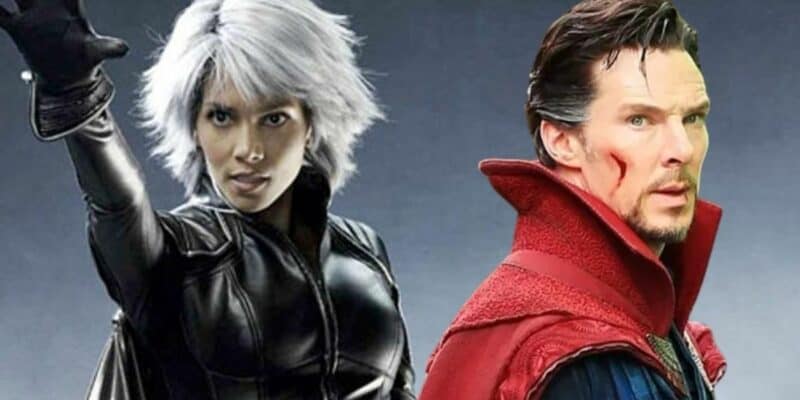 Halle Berry may be promoting her new film Moonfall hitting theaters on February 4, but her roots in big picture franchises like DC’s Catwoman (2004) or her iconic role as Ororo Munroe/Storm in 20th Century Fox’s X-Men Franchise. Fans adore her, and Halle Berry recently revealed that she should not be done with the weather-controlling mutant just yet.

Halle Berry sat down with CBS-owned ComicBook.com to discuss her new co-stars, John Bradley (Game of Thrones) and Patrick Wilson (The Conjuring). But when asked about her previous roles as Patience Philips/Catwoman and fan-favorite Storm, she said:

Fans have been begging for other actors from Fox’s X-Men legacy films to reprise their roles in the Marvel Cinematic Universe. Rumors of Sir Patrick Stewart and Ian McKellen returning as Charles Xavier/Professor X and Erik Lehnsherr/Magneto appearing in Doctor Strange in the Multiverse of Madness (May 6, 2022) have been hinted at in various leaks coming from the set of the Doctor Strange (2008) sequel.

And fans were quick to demand that Halle Berry’s Storm return alongside them. Twitter users formed a Change.org petition as fans demanded to see her weather manipulation skills up against Thor (Chris Hemsworth), saying:

“Like how could u not wanna see #Thor and #Storm team up against #Wanda? And Fight #Ageism??? Sign my #Petition to add @halleberry to the cast of @DrStrange”

Like how could u not wanna see #Thor and #Storm team up against #Wanda?
And Fight #Ageism???

There are other rumors that Storm could appear in Black Panther: Wakanda Forever (November 11, 2022). She was married to T’Challa/Black Panther in Marvel Comics. While Chadwick Boseman has not been recast as T’Challa for Black Panther 2, the Marvel Phase Four film is expected to introduce the Marvel Universes’s first mutant with Namor the Submariner.

With the new Marvel Multiverse, Kevin Feige could fit in two variants of Storm if he chose to. And fans want more news about how the X-Men could fit into the future of the MCU. AveenoPapi shares the sentiments of many when they say:

Marvel Studios has remained tight-lipped about how they will work their newly acquired mutants into the MCU post Avengers: Infinity War (2018) and Avengers: Endgame (2019). If Marvel Comics are any predictors, this summer’s Judgement Day could set up a fight between the Avengers, the Eternals, and the Mutants.

So far, the only X-Men project confirmed is the revival of X-Men: The Animated Series called X-Men 97, announced on Disney+ Day 2021. So who knows when other characters like Jean Grey/Marvel Girl, Scott Summers/Cyclops, Logan/Wolverine, Kate Pryde/Shadowcat could show up in the Marvel Universe.

Let us know in the comments if you would like Halle Berry to return as Storm either in Doctor Strange 2 or Black Panther 2.