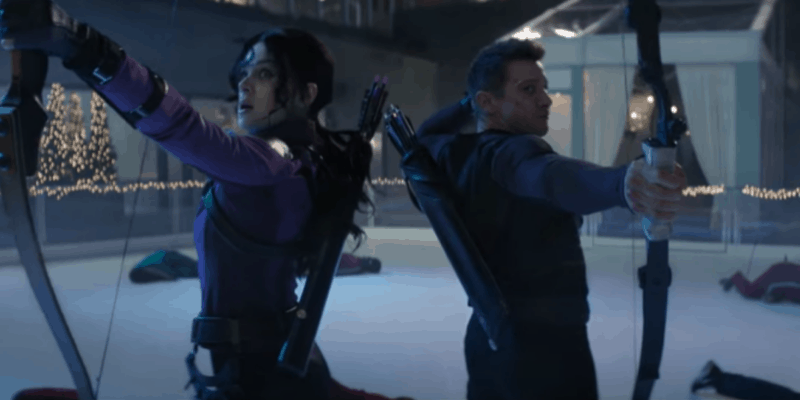 Marvel Studios has released a lot of original content on Disney+. We’ve already gotten WandaVision, The Falcon and the Winter Soldier, and Loki. What If…? has just released its final episode and left a gap in our schedules.

And now, Disney has revealed that the first TWO episodes of Hawkeye are coming on Wednesday, November 24.

Subsequent episodes will launch each week on Wednesday.

Marvel Studios’ Hawkeye will be set in post-blip New York City where former Avenger Clint Barton aka Hawkeye (Jeremy Renner) has a seemingly simple mission: get back to his family for Christmas. But when a threat from his past shows up, Hawkeye reluctantly teams up with Kate Bishop (Hailee Steinfeld), a 22-year-old skilled archer and his biggest fan, to unravel a criminal conspiracy.

It was recently revealed to be Marvel’s most anticipated project, since the release of its Christmas-themed trailer. It would introduce the other Hawkeye, Young Avenger Kate Bishop. Kate Bishop took on the Hawkeye mantle when Clint Barton stepped down during Avengers: Disassembled.

Hawkeye also features Maya Lopez AKA Echo (Alaqua Cox) the first Native American superhero in the Marvel Cinematic Universe. She will be the second deaf character to debut in the MCU since Makkari (Lauren Ridloff) will appear in Eternals on November 5, 2021, just two weeks ahead of Echo.

Marvel’s Hawkeye will be a six-episode series. The show will bring the Marvel Cinematic Universe back to a smaller scale as the Avenger’s marksman takes on a street-level struggle. The Marvel movies have not explored much of Hawkeye’s backstory beyond giving him a family in Avengers: Age of Ultron (2015).

He is often maligned as the weakest of Earth’s Mightiest Heroes but it’s time he gets his own due like other underrepresented MCU characters like Wanda Maximoff AKA Scarlet Witch (Elizabeth Olsen).

Comments Off on First TWO Episodes of Marvel’s ‘Hawkeye’ to Be Released on the SAME Day!