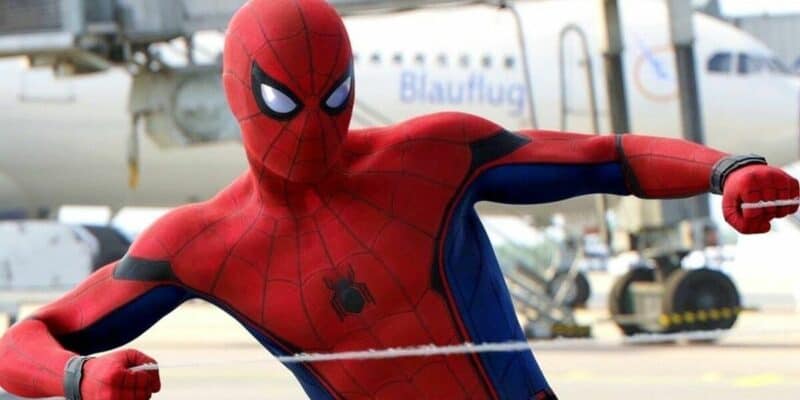 Bitten by a radioactive spider, New York teenager Peter Parker goes from Midtown High School bookworm to your friendly neighborhood Spider-Man. Since his Marvel comics debut in 1962, Spider-Man has grown to become the most popular superhero in the world. Let’s take a closer look at exactly how strong the Avenger is.

Aside from impressive Spidey suits boasting Stark technology (i.e. the Iron Spider suit), Peter Parker’s strength and great powers are parr none, aside from the likes of Thor and super soldier Captain America.

Spider-Man’s abilities exceed those of the average human, as the web-slinging hero can crawl on walls, dodge bullets, lift semi-trucks, and crush Doc Ock’s tentacles with a blow from his fist.

Like his namesake, Spider-Man’s strength and agility stand far above those of the average human, allowing him to lift nearly ten tons and to leap and move at incredible speeds with high accuracy. He also heals faster than normal when injured, though he is not completely immune to viruses and other human ailments.

Spider-Man can fly through Marvel’s New York at incredible speeds when slinging himself through the air. Depending on which interpretation of the character you see, Parker can sling webs either from his wrists or either engineered web-slingers in his suit.

Spider-Man possesses the proportionate powers of a spider, granted to him from an irradiated Common House Spider (Achaearanea tepidariorum) which bit Peter Parker that was apparently already mutated from prior exposure to certain frequencies of radiation and received a final, lethal dose during Parker’s attendance of the exhibition. The radioactive, complex mutagenic enzymes in the spider’s blood that were transferred at the time of the bite triggered numerous body-wide mutagenic changes within Parker, granting him superhuman strength, speed, toughened flesh, and numerous arachnid-like abilities. That mutation granted him an “enhanced chromosome pattern.”

Spider-Sense (AKA the “Peter Tingle”)

One of Spider-Man’s most famous traits is his ability to sense danger through a tingling sensation in the back of his skull and forearms. Seen in live-action interpretations, like Avengers: Infinity War (2018) or Avengers: Endgame (2019), Peter Parker can sense danger from a great distance away, giving him the ability to always arrive at the scene of the crime in the knick of time.

Spider-Man possesses a precognitive danger or “spider” sense which warns him of potential or immediate danger by the manifestation of a tingling sensation in the back of his skull, and links with his superhuman kinesthetics, enabling him to evade most any injuries unless he cognitively overrides his automatic reflexes.

The sense also can create a general response on the order of several minutes: he cannot discern the nature of the threat by the sensation. He can, however, discern the severity of the danger by the strength of his response to it. Spider-Man’s spider-sense is directional and can guide him to or away from hidden weapons and enemies.

With superhuman strength, durability, healing, speed, agility, gifted intellect, and impressive photography skills, Peter Parker/Spider-Man makes for one of the greatest superheroes in Marvel’s New York and even Marvel Universe.

Any Marvel collection of note-worthy heroes would not be complete without iconic characters like Doctor Octopus, the Green Goblin, Vulture, Electro, Kraven the Hunter, the Hobgoblin, Mysterio, and more.

While every Marvel fan has seen a good amount of these familiar characters on the big screen, the list of foes attempting to defeat Spider-Man is impressive.

He has made of numerous super villains his personal enemies, including Doctor Octopus, Electro, Kraven the Hunter, Mysterio, Venom, and most notoriously, his nemesis the Green Goblin, who once killed Peter’s girlfriend Gwen Stacy.

Early in his career, Spider-Man fought many villains including the Tinkerer, Doctor Octopus, the Sandman, Doctor Doom, the Fox, the Lizard, the Living Brain, Electro, the Big Man and his Enforcers, Mysterio, Kraven the Hunter, and his deadliest foe of all time: the Green Goblin. Several of these villains would form the Sinister Six, under the leadership of Doctor Octopus, a team who tried to get Spider-Man by kidnapping Aunt May and trying to force Peter to “call” him. They failed.

Despite the villains of Spider-Man boasting countless deadly abilities, Spidey is always able to keep calm under any circumstance and allow his heart to drive his actions rather than his emotions.

Spider-Man’s greatest foe, the Green Goblin (Willem Dafoe), appears alongside Alfred Molina’s Doctor Octopus, Jaime Foxx’s Electro, and possibly Tom Hardy’s Venom in Spider-Man: No Way Home (2021). Fans can watch the thrilling adventure unfold the mysteries of the multiverse (thanks to Loki!) in theaters on December 17, 2021.

Despite being crushed by the rubble of a collapsed warehouse from an attack by the Vulture (Michael Keaton), Tom Holland’s Spider-Man can lift thousands of pounds of building materials off of himself and save New York from possible destruction in Spider-Man: Homecoming (2017).

Using his intellect over physical strength, Peter Parker out-smart Mysterio (Jake Gyllenhaal) in Spider-Man: Far From Home (2019), though the super-villain gets the last laugh from the afterlife at the end of the Marvel movie.

Tom Holland’s last dance with Marvel in Spider-Man: No Way Home is sure to please Marvel fans. Previous Spider-Man actors Tobey Maguire and Andrew Garfield are speculated to appear in the film, shaking up the Marvel Cinematic Universe like never before.

Who do YOU think is the strongest Marvel character? Let us know in the comments below!

Comments Off on How Strong Is Tom Holland’s Spider-Man in the Marvel Cinematic Universe?