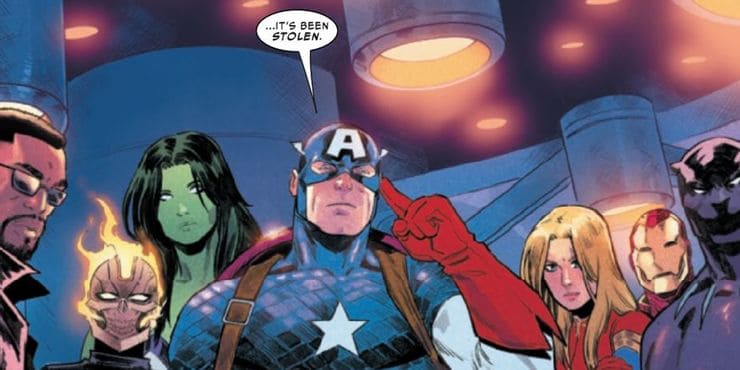 Comic books have been a form of entertainment for decades. They became so popular that numerous movies, theme parks, and pop culture entities incorporated their magic into the real world. Specifically, Marvel Comics’ influence can be found at not only Disney Parks, but Universal Orlando Resort as well.

One man by the name of Douglas Wolk, took it upon himself to read all 27,000 Marvel comic books to truly understand the Marvel Universe and everything it encompasses, such as movies, TV shows, video games, and merchandise. The Marvel Universe has even inspired some of the most incredible cosplayers of all time — Marvel super fans.

Wolk received an Eisner Award for his “Reading Comics” production. Upon completion reading all the Marvel comic books, he went on to create All of the Marvels, a book that ties all 27,000 comics together.

According to The New York Times, Wolk’s body of work is all over the place but by the end of the book, readers will be able to make sense of the convoluted plot.

“Wolk admits the plot of the issue “doesn’t make a lick of sense” but the comic’s core juxtaposition is what matters: Ben Grimm, a.k.a. the Thing, stands on a rain-swept city street and contemplates in despair a future stranded in his monstrous igneous form: “I’ll never be human again!” A few pages on, Mister Fantastic, the putative leader of the Fantastic Four, is trapped in interdimensional “sub-space” and comes face to face with what can only be described as the galactic sublime, rendered mind-bendingly by Kirby via ecstatic collage. But he does not despair — just the opposite: He is awe-struck.

Wolk makes a convincing argument that the Marvel formula, what you might call its Super Soldier Serum, is monsters + romance + superheroes + topicality. But it was in Issue 51 that Kirby and Lee hit the mother lode; discovered the precise amount of human misery you need to inflict on a superhero in order to sell the galactic and fantastic, to make it real. The galactic fantastic without human anguish: kid stuff. Human anguish without the galactic: soap opera. But the two blended together in the right proportions equaled a new type of imaginative vibranium. Once Kirby and Lee cracked the Galactus Equation, Marvel never looked back.”

Wolk’s book was released just a couple of days ago on October 12, published by Penguin Press. The book is currently available on Penguin Random House as well as Amazon, Barnes & Noble, and Books-A-Million. The full list of retailers can be found here.

The official synopsis of the book is as follows:

“The first-ever full reckoning with Marvel Comics’ interconnected, half-million-page story, a revelatory guide to the “epic of epics”—and to the past sixty years of American culture—from a beloved authority on the subject who read all 27,000+ Marvel superhero comics and lived to tell the tale”

We congratulate Douglas on his new release and making sure the next generation still appreciates comic books in this technologically driven world!

Will you be reading Douglas Wolk’s new, MARVELous book? If you do, be sure to leave a review in the comments!

Comments Off on Comic Enthusiast Reads All 27,000 Marvel Comics