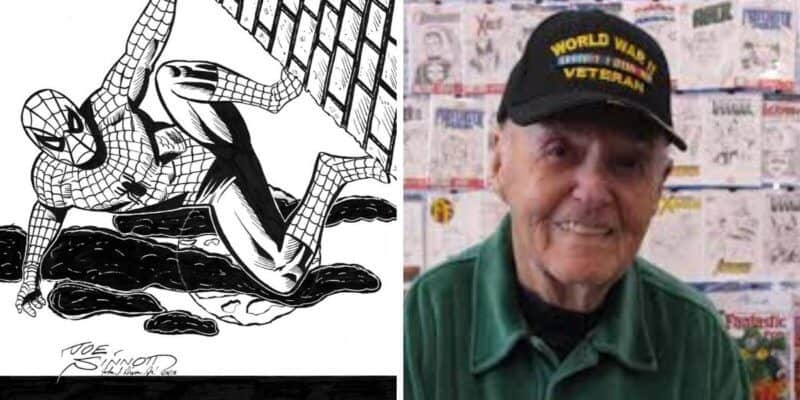 Artist and Marvel Comics icon, Joe Sinnott, has passed away at the age of 93.

If you aren’t familiar, Sinnott was with Marvel Comics ever since the 1960s, when Marvel was just getting on their feet, as an inker. He worked on several projects including the Fantastic Four series from 1965 to 1981. He also is one of the company’s biggest founders along with Stan Lee and Jack Kirby.

But Sinnott was not just an inker for Marvel Comics — He was also a veteran. Sinnott lost a brother in WWII and decided to follow his family’s wishes and enlisted in the Navy. While in the Navy, Sinnott drove a munition truck.

Sinnott’s latest piece of work was the Amazing Spider-Man comic strip which he worked on until 2019 when he was 92 years old.

“[It’s] with great sorrow that we must announce the passing of Joltin’ Joe Sinnott on June 25th at 8:40am at the age of 93. He went peacefully with the knowledge that his family, friends, and fans adored him. He enjoyed life and was drawing up until the end. He always loved hearing from all of you and having your comments read to him. Each and every one of you were special to him.

The Sinnott family requests their privacy and understanding during this difficult time. Please send condolences to:

Thank you again for being such loyal and dedicated fans and friends to Joe. He considered all fans friends, and seeing you at cons and reading your messages was what kept him young at heart.

It with great sorrow that we must announce the passing of Joltin’ Joe Sinnott on June 25th at 8:40am at the age of 93….

Our thoughts and prayers are with The Sinnott Family during this time.

Comments Off on Marvel Comics Artist Passes Away at Age 93