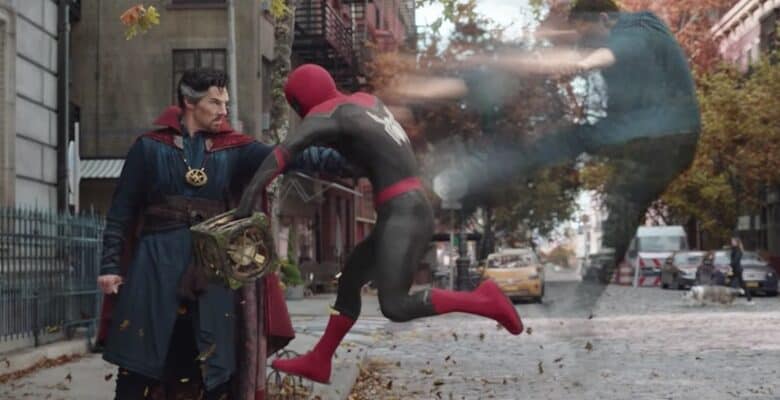 Today, Marvel filed five separate lawsuits to keep ownership of some of its most popular, and lucrative, Avengers. Inside the Magic reported earlier that the estate of the late Steve Ditko — run by his son Patrick Ditko — filed two notices of copyright termination last month to end Marvel’s ownership of both Doctor Strange and Spider-Man. Steve Ditko was a co-creator of both characters, along with Marvel legend Stan Lee. Ditko’s estate says that the termination of copyright will happen in June 2023.

Per a report by The Hollywood Reporter:

The litigation figures to focus on the “Marvel Method,” a loose collaborative working atmosphere where initial ideas were briefly discussed with artists responsible for taking care of the details. The Marvel Method has been the subject of prior litigation such as a dispute a decade back over “Ghost Rider.”

And it will again. For example, one of the complaints filed today asserts “Marvel had the right to exercise creative control over Lieber’s contributions and paid Lieber a per-page rate for his work.”

In layman’s terms, Marvel is claiming that these writers and artists were working for Marvel were paid to create these characters. That means, according to Marvel, that the artists have no right to the work since they were made by the artists specifically for Marvel.

Lieber and Steve Ditko’s estate are claiming that they have the right to file for copyright termination based on a copyright law that allows authors or their heirs to reclaim the rights to work that had originally been granted to publishers after a certain amount of time had elapsed. Ditko is using that law to try to reclaim the rights to the first comic book appearance of Spider-Man and Doctor Strange, which happened back in 1962.

This is not the first time Marvel has had to fight to keep the rights to some of its most popular characters. About 10 years ago, the estate of Marvel artist Jack Kirby, who worked closely with Stan Lee, Ditko, and Lieber, fought to get the rights to The Mighty Thor, The Incredible Hulk, X-Men, and Spider-Man. Kirby’s estate ultimately ended up losing that copyright termination case.

Marvel, and in turn Disney, would stand to lose a lot of money if they suddenly had to share the rights to the iconic characters they are famous for. According to THR:

The complaints, which The Hollywood Reporter has obtained, come against the heirs of some late comic book geniuses including Stan Lee, Steve Ditko, and Gene Colan. The suits seek declaratory relief that these blockbuster characters are ineligible for copyright termination as works made for hire. If Marvel loses, Disney would have to share ownership of characters worth billions.

Ideally, Marvel would probably like to settle this matter out of court, but that will depend on just how much Ditko’s estate wants the rights to those characters back. It is also important to note that Marvel is not suing for any damages, they are simply suing to maintain the rights that they have to the characters.

Obtaining the rights to Spider-Man and Doctor Strange could mean that Ditko’s estate would be able to sell the rights to those characters to another company in the future.

Whose side are you on? Do you think Steve Ditko’s estate has the right to end the copyright on Spider-Man and Doctor Strange? Let us know in the comments!